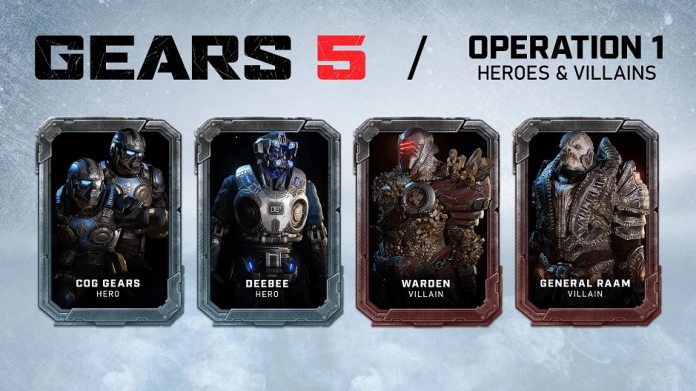 Just over a month ago, Microsoft Studios launched Gears 5 on Xbox One, the latest installment of the popular Gears of War franchise. In the era of added content, Gears 5 will be an evolving game with regular updates.

Indeed, Microsoft has announced Windows and Xbox One versions of the game has received new characters. Specially, four new hero and villain characters have been added to the multiplayer version of the Gears 5.

“Every character added to Gears 5 will feature powerful multiplayer abilities to master. These new Heroes and Villains are available today and can be earned through gameplay or purchased in the in-game store.”

Furthermore, Microsoft says the game is also receiving two characters from upcoming movie Terminator Dark Fate. The first is Grace, who is voiced by actress Mackenzie Davis (who plays the character in the movie). The other new themed character is the Terminator model Rev-9.

Microsoft says players can win the COG Gear, Warden, RAAM, and DeeBee characters through gameplay. They are also available for 500 Iron currency apiece. As for the movie themed characters, they are $20.

Back in August, Microsoft launched a special edition of the Xbox One X clad in a Gears 5 livery. The console is a limited-edition customer Xbox One X with the Omen Gears of War symbol frozen in ice and snow stamped on the front.