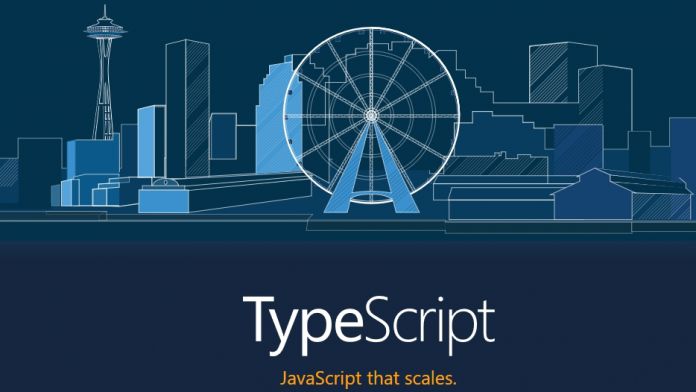 Microsoft has rolled out TypeScript version 3.7 in beta. The company’s increasingly embraced language for scaled-up JavaScript. What’s noteworthy about this release is it is the completed feature set we will see when version 3.7 reaches production in November.

A month out from the full launch, beta users can check out the new TypeScript features. Among those additions are optional chaining. This gives developers the ability to more efficiently deal with errors in “null” and “undefined” vales in JavaScript.

“So what is optional chaining? Well at its core, optional chaining lets us write code where we can immediately stop running some expressions if we run into a null or undefined. The star of the show in optional chaining is the new ?. operator for optional property accesses,” explains Daniel Rosenwasser, a program manager with Microsoft’s TypeScript team.

TypeScript is growing in the development community because it give dev’s easy tools for scaling up projects written in JavaScript. This achieved as a compiler tool with security and check programs based on static arrays, strings, text, and numbers. TypeScript is an excellent choice for finding errors in JavaScript code.

Elsewhere in version 3.7, Microsoft has brought option changing to ECMAScript, a specification standard for JavaScript. Redmond was able to do this through its participation with Ecma International, Technical Committee 39.

Microsoft has announced an ECMAScript feature called “nullish coalescing” is coming to TypeScript.

“You can think of this feature – the ?? operator – as a way to ‘fall back’ to a default value when dealing with null or undefined,” writes Rosenwasser.

Sure, it has some ways to go to catch JavaScript, which is comfortably the most popular language at the moment. However, a survey of 33,000 dev’s who use npm (a widely used Node.js package for website development) shows an continued migration to Microsoft’s JavaScript subset.