Microsoft has had a poor recent track record with its Patch Tuesday cumulative updates. While fixing specific issues, the company’s patches have caused all new ones. September’s Patch Tuesday resulted in several problems in Windows 10 1903. Microsoft has now confirmed one of those problems and offered a workaround.

Gamers had reported inconsistent audio performance across games on Windows 10 1903 since September 10. Microsoft acknowledged the issue in a support page. Redmond says KB4515384 was caused by a “compatibility” change with some audio partners.

Microsoft says it is solving the problem by reverting the changes it made, while also offering a workaround for users who have already updated.

“Microsoft has received reports that audio in certain games is quieter or different than expected after installing this update. At the request of some of our audio partners, we implemented a compatibility change that enabled certain games to query support and render multi-channel audio. Due to customer feedback, we are reverting this change as some games and some devices are not rendering multi-channel audio as expected. This may result in games sounding different than customers are used to and may have missing channels.”

Two workaround methods centered on disabling the multi-audio channel on Windows have been given. Both will offer a temporary fix for those who have updated and are awaiting a new patch.

Microsoft says users can disable multi-audio within each single game by going into the game’s settings. Of course, not all games have this option, so perhaps the second workaround would be better:

“You can also search in the Windows Control Panel for third-party audio device control panels and disable Multi-channel audio or Virtual Surround Sound, if these options are available.”

Microsoft says a permanent fix will be rolled out in late September. 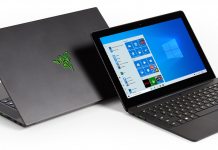 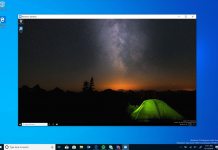