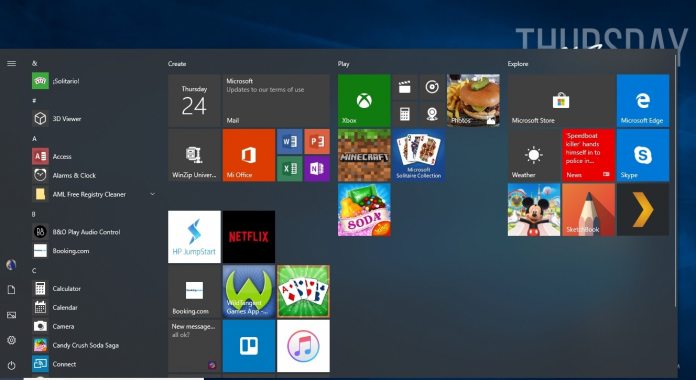 Earlier this week, Microsoft rolled out its September Patch Tuesday updates. As usual, the company fixed bugs across a variety of services. Among them was a Cortana bug that has been affecting Windows 10 version 1903 for nearly a month. However, it seems that fix has resulted in breaking the search function on the Start menu.

Starting with the Cortana fix, Microsoft was responding to user complaints that the SearchUI.exe in Cortana was hogging CPU resources. Microsoft’s KB4512941 update released at the end of last month seemed to cause the problem.

Microsoft confirmed the issue a week later and promised a fix, which arrive this week in Patch Tuesday.

“Addresses an issue that causes high CPU usage from SearchUI.exe for a small number of users. This issue only occurs on devices that have disabled searching the web using Windows Desktop Search,” Microsoft said in the security update KB4515384 released yesterday.

However, while the Cortana CPU issue has been solved, it seems Patch Tuesday has broken Windows Desktop Search. Again, this is an issue only affecting Windows 10 version 1903 (May 2019 Update).

“Microsoft has received reports that some users are having issues related to the Start menu and Windows Desktop Search,” Microsoft notes.

The company says it is “presently investigating and will provide an update when more information is available”.

What’s interesting about this situation is Microsoft is once again leaving users with an uneasy choice. Windows 10 1903 users must now choose between having a broken search element or not patching the platform. The latter is a dangerous choice as Microsoft fixed 17 critical vulnerabilities, including two zero-days, in September Patch Tuesday.

First up out of those zero-day vulnerabilities is CVE-2019-1214. This is an escalation of privilege (EoP) bug located in the Windows Common Log File System (CLFS) driver. CVE-2019-1215 is also an EoP exploit that has been troubling ws2ifsl.sys (Winsock) service.