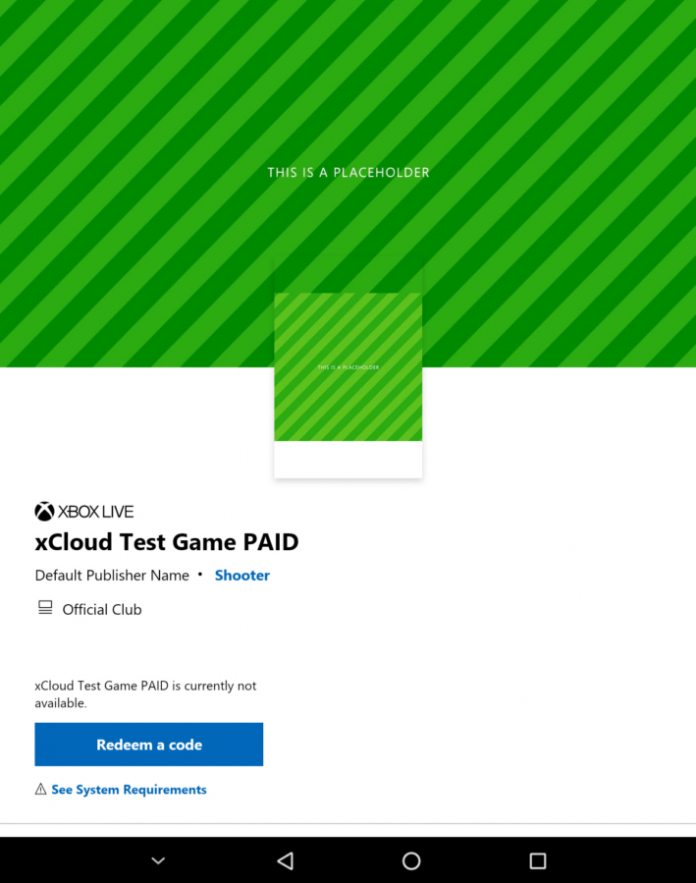 Microsoft confirmed at E3 2019 that its Project xCloud cloud game streaming service will be launched this year. Now the company is preparing the platform those that launch. For example, a Project xCloud Test Game has been placed on the Microsoft Store.

Spotted by Twitter user h0x0d, the game is currently just a placeholder and cannot be downloaded. Microsoft is expected to launch a beta for xCloud soon and this shows the company is preparing for games to be available on the Microsoft Store.

As for the listing, it is labelled as an Xbox One application even though Project xCloud will be more focused on mobile game streaming. Perhaps this placeholder application will eventually become the bridge that allows the Xbox One to act as a server.

The company says the platform “has the technical capability to stream more than 3,500 games” without developers changing their content.