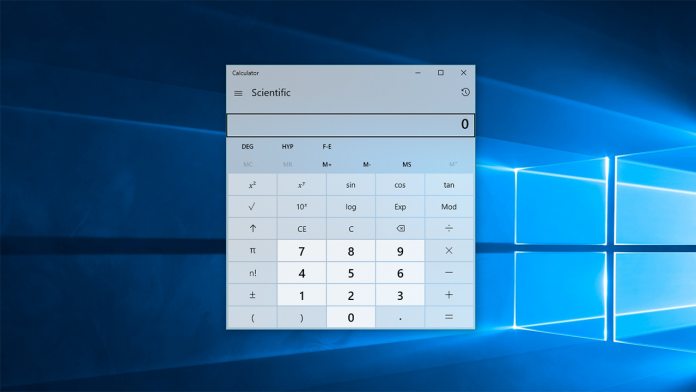 Back in March, Microsoft open-sourced Windows Calculator, the platform’s native calculator application. The company wanted its availability on GitHub to spur development both internally and through third parties. Microsoft has today started teasing some new features its development team has been working on.

Among the new tools coming to Windows Calculator is an always-on-top functionality. As the name suggests, this ability will place the Calculator on top of other apps and keep it there. Of course, this is a useful capability for users who are switching between apps but need the calculator on their workspace.

Let’s be honest, considering how people use calculators, always-on-top is a feature that should be on the Calculator app already. Still, better late than never.

Another changed planned for the Windows Calculator app is a new mini mode. Again, that is self-explanatory, and the tool will open a smaller version of the app on the side of every other app. This will not be the full suite so only basic calculations will be supported in mini mode.

As mentioned, these upcoming features have only been teased as Microsoft has put no release date forward. We guess they will arrive soon, probably during August.

Microsoft opened sourced the Calculator app on GitHub to help bring more features to the tool. The company published the app under the MIT License with the build system, unit tests, product roadmap, and the source code. The company says development is the same as any normal GitHub flow.

“As developers, if you would like to know how different parts of the Calculator app work, easily integrate Calculator logic or UI into your own applications, or contribute directly to something that ships in Windows, now you can. Calculator will continue to go through all usual testing, compliance, security, quality processes, and Insider flighting, just as we do for our other applications,” Microsoft explained in March.

Since then, Microsoft rolled out a new graphing tool for the app, a feature suggested by company developer Dave Grochocki.