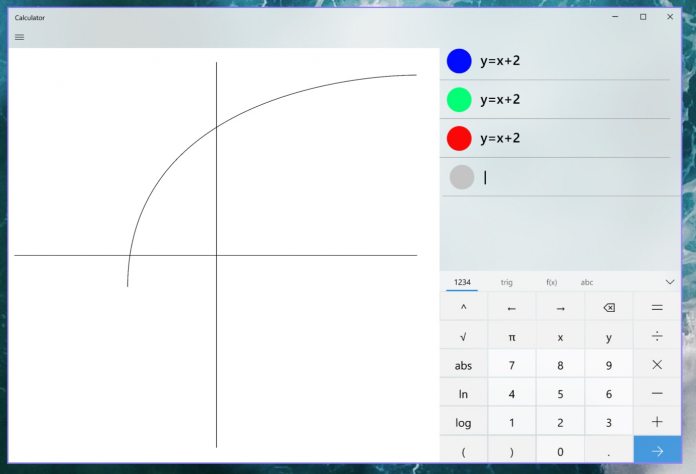 Earlier this month, Microsoft said the Windows 10 Calculator app is becoming open source on GitHub. It seems we are already seeing the benefits of swinging the doors open on third-party developer involvement.

Today, the company announced it has received over thirty suggestions on GitHub so far. Microsoft has now chosen its first suggestion. Called graphing mode, the feature was suggested by Microsoft’s own engineer, Dave Grochocki.

The idea behind graphing mode is to give students a graph feature that helps in algebra equations. Grochocki says algebra is the underpinning of more complex mathematics and engineering:

It is worth noting that the Windows 10 Calculator app is a basic sum-making tool. By adding a graphing tool, the app will have a feature advantage over most basic calculator application. Grochocki’s suggestions is now in development and likely to arrive on the application soon.

Calculator for Windows 10 is now an open source project where developers can contribute to the with suggestions and features.

Microsoft published the app under the MIT License with the build system, unit tests, product roadmap, and the source code. The company says development is the same as any normal GitHub flow.

“As developers, if you would like to know how different parts of the Calculator app work, easily integrate Calculator logic or UI into your own applications, or contribute directly to something that ships in Windows, now you can. Calculator will continue to go through all usual testing, compliance, security, quality processes, and Insider flighting, just as we do for our other applications,” Microsoft explains.