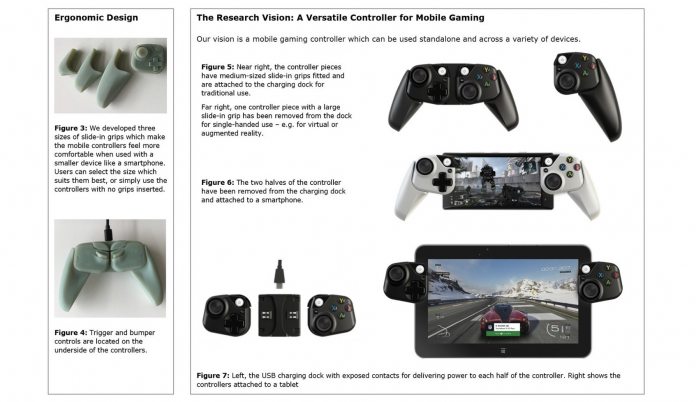 Last year, we reported on Microsoft internal development of a special Xbox controller for its Project xCloud platform. New reports suggest work on that prototype Xbox controller is continuing. A Microsoft Research paper says Nintendo’s control system with the Switch showed how mobile gaming can improve with physical controls.

That’s the whole point of Microsoft’s controller development. If you’re out of the loop, Project xCloud is a cloud gaming platform. It allows users to access and play Xbox One games on any device, including tablets and smartphones. That’s possible because all the performance resources are handled by Microsoft through cloud servers.

For its special controller, the company is working on a detachable gamepad that connects to either portrait sides of a handheld device. While previous reports of this product were speculation, Microsoft has now filed a patent.

As usual, patents don’t mean we will eventually see the product, but it seems likely considering xCloud is launching later this year.