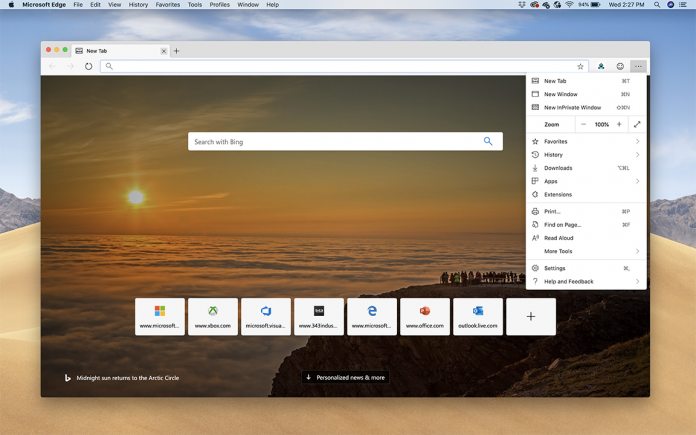 The Microsoft Edge team held an AMA yesterday to answer persisting questions about its browser, Chromium plans, and Internet Explorer. Among other things, the company spoke about the plans for its new browser on Linux, and things are looking positive.

“We don’t have any technical blockers to keep us from creating Linux binaries, and it’s definitely something we’d like to do down the road. That being said, there is still work to make them ‘customer ready’ (installer, updaters, user sync, bug fixes, etc.) and something we are proud to give to you, so we aren’t quite ready to commit to the work just yet,” said the team.

At the moment, it’s working on bringing the browser to MacOS and older versions of Windows, but it seems Linux is fair game after that point. Of course, it’s not clear if all the functionality, such as an Internet Explorer mode, would be available.

Still, perhaps more pressing for users is the future of Adblockers on Microsoft’s platforms. Google has been accused by devs of slowly killing adblockers with newer versions of Chrome, though it claims its simply trying to make them safer.

“We’re committed to a strong extension ecosystem, including ad blocking. We’re still evaluating some of the latest changes here in Chromium, but we’re committed to the customer scenario as a principle,” said the dev team. “To be clear, we will not artificially restrict ad blocking for business reasons related to advertising.”

Further, the company has been mulling a built-in adblocker but said it feels extensions give a higher degree of customization. It hinted that it’s willing to change that should enough people request the feature, though that would be strange considering Microsoft’s Bing Ads business.

Still, more pressing for some users is not just ads, but the tracking that comes with them. The team spoke a little about its plans for privacy. The team didn’t’ have any plans to share it hasn’t announced previously, but gave a general commitment:

“We definitely know how important these privacy features are to you, which is why it was one of the first features we announced for the next version of Microsoft Edge,” said Edge’s J.T.

“As a web browser we have the responsibility to protect our user’s safety which includes online privacy. We are committed to building features that give users control and transparency over their privacy on the web. One of our first features is Tracking Prevention with 3 levels of control to choose from, with Balanced setting being the default.”

As if often the case with these AMAs, the questions Microsoft refused to answer are more intriguing. Despite it being highly upvoted, the Edge team failed to answer why it chose Chromium as a base rather than Firefox.

This is despite talking about Mozilla earlier in the thread, where the team said it “loves what they’re doing” with developer tools and that it has “shown great advocacy for privacy”.

The team also didn’t say if it had any plans to open source EdgeHTML. This doesn’t necessarily mean it won’t happen, as it’s possible Microsoft has an announcement planned for a later date.

Finally, Microsoft reaffirmed that it will continue to support Internet Explorer for the duration of its planned lifecycle. That’s good news for anyone still clinging onto the browser, but an annoyance for web developers.