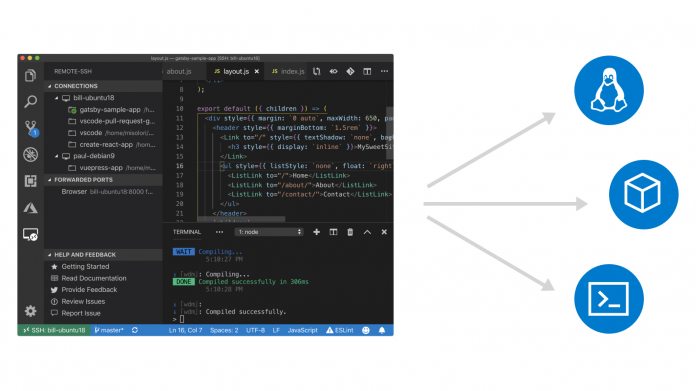 Microsoft has released three VS Code extensions to simply development in containers, virtual machines, and the Windows Subsystem for Linux. Called the Remote Development Extension pack, they were crafted after conversations with frustrated developers.

“An interesting pattern emerged during these conversations,” said the VS Code team. “We saw many developers trying to use VS Code to develop against containers and remote VMs configured with specific development and runtime stacks, simply because it is too hard, too disruptive, and in some cases impossible, to set up these development environments locally.”

This is apparently a major drawback for Python developers and has been causing a hesitance to switch to Microsoft’s software. The new extensions should reduce the hassle somewhat.

A Remote- Containers extension lets users use a Docker container as their development containers. Microsoft says this will create an easily reproducible toolchain while allowing the quick switch between different isolated environments. This should, in turn, enable easier collaboration on projects.

Meanwhile, the extensions for WSL and VMs boast the following functionality:

You can grab the extensions for free from the VS Code marketplace, which contains additional instructions. You must be an Insider to preview them.