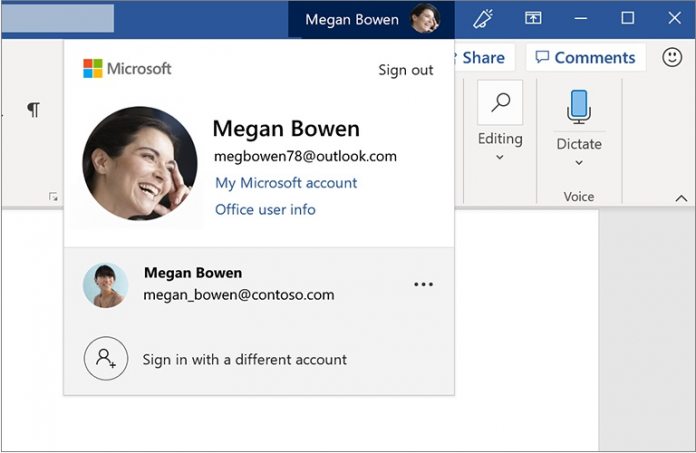 Microsoft Office users running the apps on the company’s own Windows Platform are about to score a new feature for the Account Manager area. Specifically, Microsoft will soon roll out an ability to seamlessly switch between accounts in Office apps.

Currently in testing, the new Account Manager gives Office Insiders the ability to toggle between personal and professional accounts. It seems the feature is available on core apps such as Word, Excel, PowerPoint, Project, Access, and Visio.

“This updated experience makes it clear how you’re logged in, and now you can toggle between work and personal accounts without having to sign out first or deal with complex dialogs,” the company explained in the release notes for Office Insiders.

Fast Ring users of the Insider Program have been testing the new Account Manager experience since February. It has now moved to the Slow Ring (Monthly Channel). This means end users on the Office apps should see the new feature soon.

Indeed, the upcoming version 1904 update for Office on Windows should be arriving later this month. If you can’t wait until then and want to test the feature, become an Office Insider by heading to File > Account > Office Insider from an Office app.

Just last week, Kaspersky Lab announced Office is the most targeted platform in the world, with 70% of all cyberattacks pushed towards the productivity suite.

Interestingly, Kaspersky Lab says the problem is not with Microsoft’s Office platform per se.