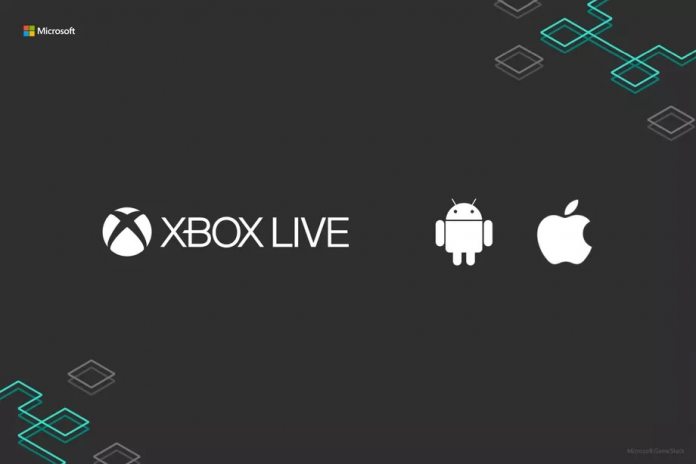 With the Game Developer Conference (GDC 2019) kicking off next week, Microsoft is continuing to detail its gaming plans. The company is focusing very much on the future, which it sees as being rooted in cloud gaming. From Project xCloud to Game Stack, Microsoft has big plans. Perhaps the biggest was the announcement of Xbox Live coming to iOS and Android.

The company announced said it is launching an Xbox Live cross-platform software development kit (SDK). Developers can leverage the SDK to bring Xbox Live functionality to any game on iOS and Android.

Microsoft initially included Nintendo Switch in its announcement but later deleted that compatibility. We guess Switch support will arrive at a later date.

This is the full Xbox Live package, which includes achievements, friend lists, clubs, Gamescore, and more. Microsoft will soon release Project xCloud, its cloud gaming service that allows users to stream Xbox titles to any platform or device.

Xbox Live will provide the social underpinning of the service, so it is no surprise Microsoft has brought full SDK capabilities to Android and iOS.

“We believe so strongly in community, and Xbox Live really being at the heart of our gaming community,” says Kareem Choudhry, Microsoft’s gaming cloud chief in a media briefing this week.

“If you watch what we’ve done, especially with Minecraft, over the past few years we’ve taken Xbox Live to as many platforms as Minecraft is on as possible. Really uniting all those communities together with a consistent singular experience for those gamers.”

It has been clear Microsoft is working to a full cross-platform Xbox ecosystem for some time. In 2017, the company introduced Minecraft Cross Play, which brought the popular game to all platforms apart from Sony’s PS4. Don’t expect to see Xbox Live or Project xCloud on PS4 anytime soon.

“Our goal is to really unite the 2 billion gamers of the world and we’re big fans of our Xbox Live community, but we don’t have any specific announcements as it relates to Switch today,” reveals Choudhry.

“If you’ve watched us for the past few years, we’ve taken a very inclusive approach,” added Choudhry. “Phil [Spencer] has been very proactive on issues like crossplay, cross-progression, and uniting gamer networks, and we’re willing to partner with the industry as much as we possibly can.”