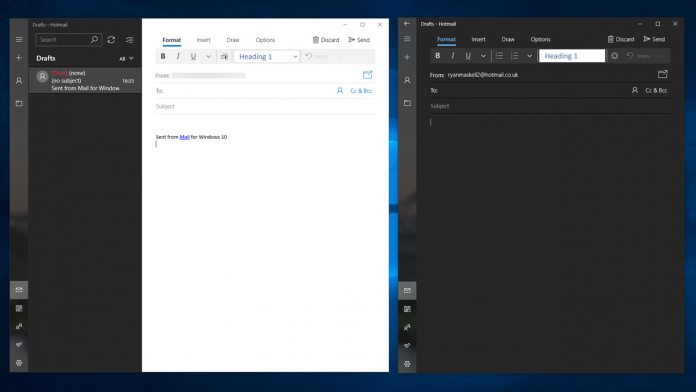 There are few things more annoying in software than a poor dark mode implementation. Microsoft got a lot of critique for its initial Windows Explorer implementation, but Mail and Calendar was also a strong offender.

Thankfully, the app’s latest version fixes that particular niggle. Previously, the actual body of the email was still white in dark mode, rendering it pretty useless. Now, it’s a pleasant dark gray, which is far less harsh on the eyes.

The feature initially rolled out to Windows Insiders, but it’s now making its way to regular users. On top of this, there’s a toggle between dark and light mode in the body of emails to ensure you can quickly view content that doesn’t contrast with the background.

It’s a good way of solving the issue and mirrors the dark mode in Outlook.com. The build also offers the option to set a different default font for each account, which should save a bit of time. 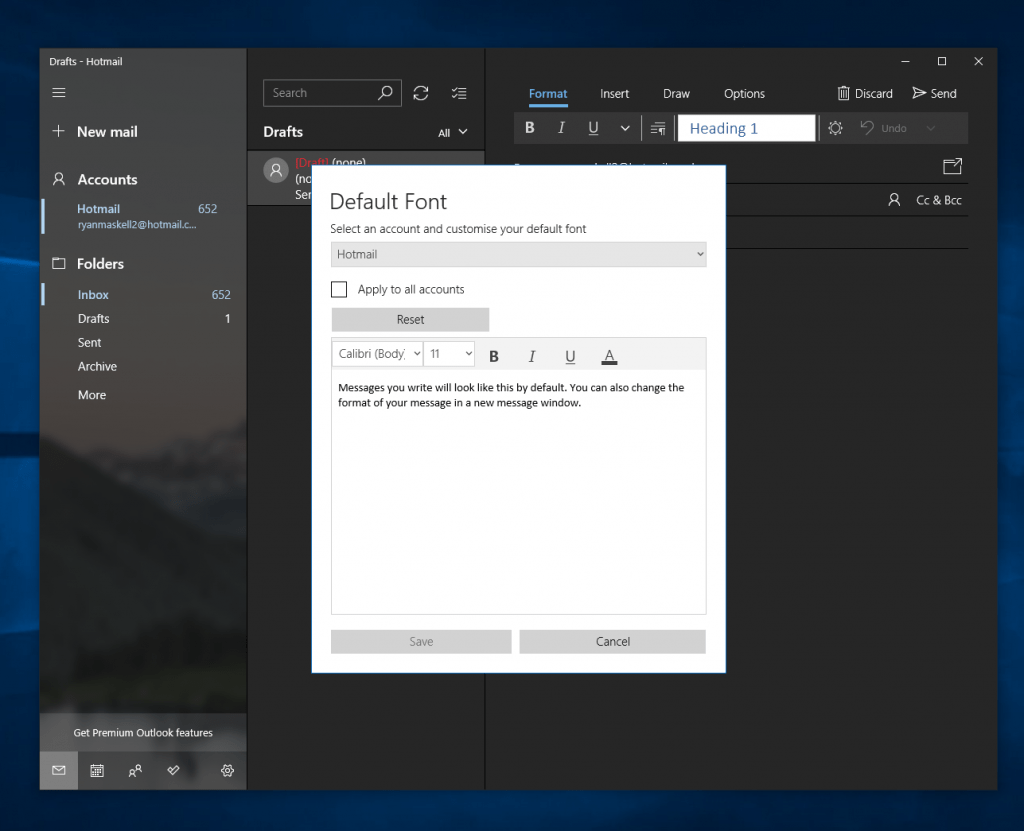 Unfortunately, the new Default Font menu is still white in dark mode, so it’s clear Microsoft still has work to do. Still, it’s a significant improvement that will be appreciated by the app’s users.

Users are reporting that this change is being pushed out gradually via server rather than the Store, so you may not have it even on the latest version.