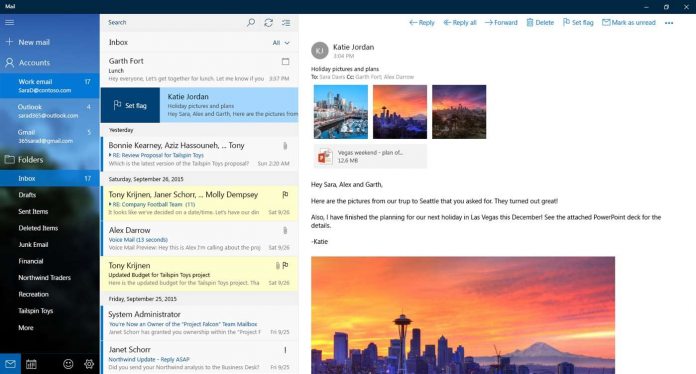 Most Windows 10 users love Microsoft’s Dark Mode, which extends across the OS and Microsoft application. In fact, it was a major request for many users. However, Microsoft thinks it can improve the experience and is attempting to tweak Dark Mode on the Mail and Calendar app.

It’s all about giving users more control over when they want to see Dark Mode. Currently, the mode is only available through Windows 10 Settings. This means once it is on, the whole system is turned dark.

If users want Dark Mode for some apps and Light Mode for others, they can’t currently do that. A few months ago, we discussed Microsoft’s previewing of a Dark Mode toggle for File Explorer. Available to Insiders on the Windows 10 19H1 branch, the toggle would allow users to switch File Explorer between light and dark.

Now Microsoft is including the toggle in the Mail and Calendar app. Like in File Explorer, a button will appear in the app to allow modes to be changed without closing the window.

For example, Mail and Calendar could be set to Light Mode while the Windows 10 system is in Dark Mode.

As we mentioned before, it is a subtle change but adds a bit more customization to the Windows experience.

Unlike the File Explorer toggle, the Mail and Calendar feature is not yet available to Insiders. Still, we guess it will arrive soon ahead of a wider roll out for all Windows 10 users this spring. We also think this is just the start of Microsoft included dark/light toggles in more of its native Windows applications.