Microsoft is continuing to make progress on the Windows 10 19H1 feature update, rolling a brand new preview out to Insiders. The latest release takes the build number from 18317 to 18323, with some minor but much-appreciated features.

The largest of them is enhanced support for RAW image format. This is an area that has needed improvement for some time, so it’s excellent to see it addressed. For the unfamiliar, RAW images allow for greater adjustments in exposure, highlights, and shadows without destroying the quality of the image.

Unfortunately, while RAW formats are very useful in Photoshop and Lightroom, they aren’t supported natively by Windows. That will change in 19H1 via a store-delivered Raw Image Extension package. 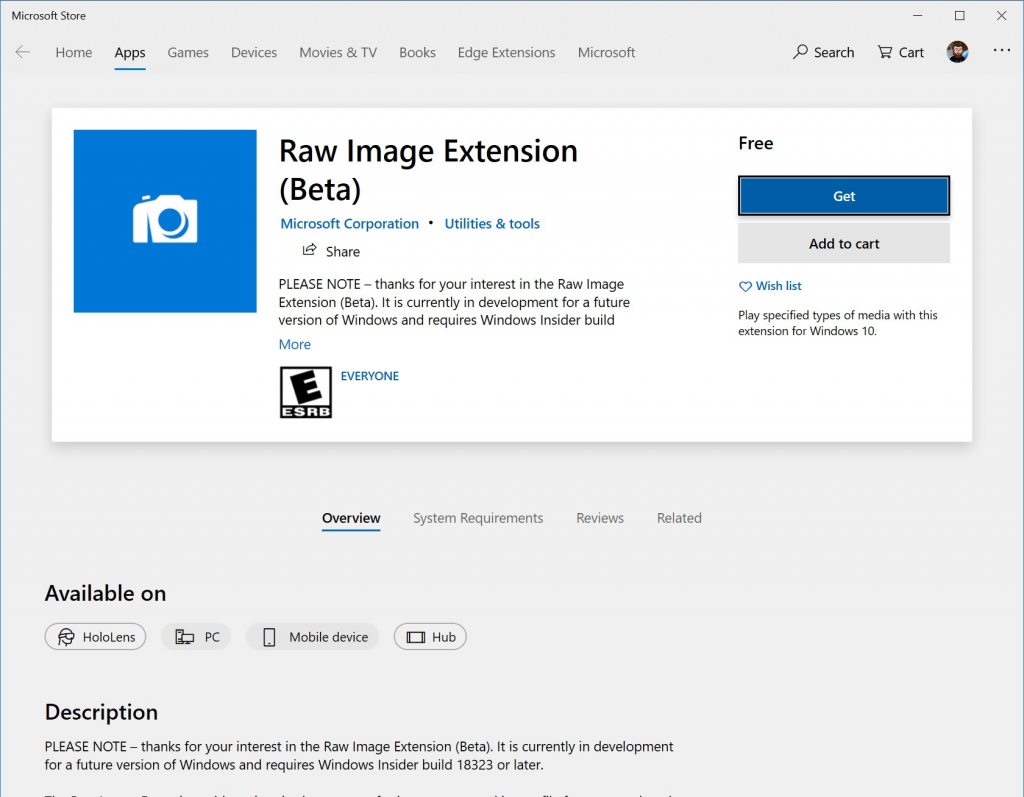 With this improvement, photographers will finally be able to see image thumbnails, previews, and camera metadata of all RAW file types. They’ll also benefit from full-res RAW viewing in Photos or other apps using the Windows Imaging Component.

Windows Light Theme and Other Fixes

One of the biggest changes coming in Windows 10 19H1 is the Light Theme. This will be a big turning point for the OS, so it’s no surprise Microsoft is working hard to perfect it. Build 18323 fixes a number of issues with the theme, from scrollbars to text, icons, and color changes. It should generally feel more polished.

A number of unrelated bugs have also been remedied and improvements made, but there are too many to list. Here are some of the most important:

As always, you can get a full list of changes in build 18323 on the Windows blog.