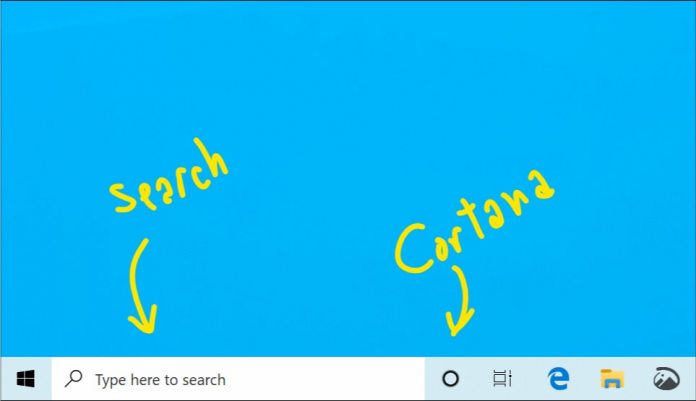 Back last month, we reported on Microsoft’s early moves to split Cortana from Search on Windows 10. At the time, the split was buried in the Windows 10 Preview Build 18292 release and was not included in the changelog. Now Microsoft has confirmed that indeed Cortana and Search will be separated through the Windows 10 19H1 release cycle.

If you are running any current Windows 10 release, including the October 2018 Update, Cortana and Search are deeply integrated. The digital assistant underpins general searches on the OS. In a blog post, Microsoft confirmed the split of the features.

According to the company, separating the two will allow more concise development of each. Microsoft made the announcement as part of the release notes for Windows 10 Preview Build 18317.

“For those new to this update, when it rolls out to you, you’ll find clicking the search box in the taskbar now launches our experience focused on giving you the best in house search experience and clicking the Cortana icon will launch you straight into our voice-first digital assistant experience,” the company explains.

With the rise of Alexa on Windows 10, Cortana is increasingly being moved towards being a productivity-focused virtual assistant. The idea of the assistant being a front-facing tool could be reduced in future Windows 10 builds.

In other words, Cortana is being moved away from the front and center of the Windows 10 experience. Microsoft says the assistant will now become more integrated with Windows, so users may not even know when they are using it.

As Windows 10 19H1 is not finalized, the Cortana/Search split is only available to Insiders testing the branch. Microsoft is expected to roll out 19H1 this spring under the potential Windows 10 April 2019 Update name.