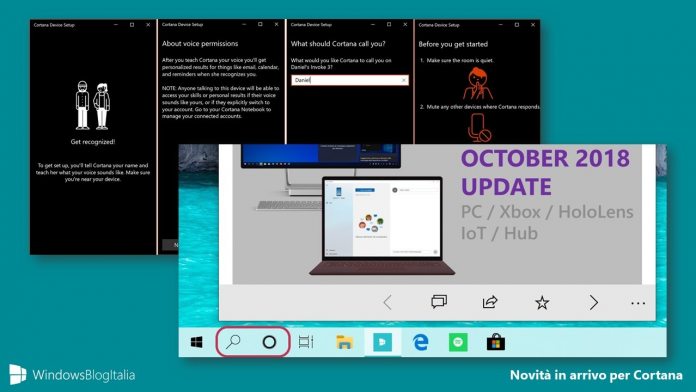 Earlier this week, Microsoft rolled out its latest Windows 10 19H1 branch preview. It was the busiest 19H1 release yet, allowing Insiders to test various new features. However, Microsoft left one important addition from the changelog for Preview Build 18298. Users can now separate Cortana and Search icons in the task bar.

On the current full branch of Windows 10, the Search function is integrated with Cortana as you can see in the image above. Over this year, Microsoft has been changing how it will implement Cortana. With the rise of Alexa on Windows 10, Cortana is increasingly being moved towards being a productivity-focused virtual assistant.

In other words, Cortana is being moved away from the front and center of the Windows 10 experience. Microsoft says the assistant will now become more integrated with Windows, so users may not even know when they are using it.

This change of strategy also be able to split Search from Cortana. Insiders are currently testing the separate Search and Cortana options. It seems both allow the search across files, images, documents, and other File Explorer areas.

While it seems there are two options at the moment, could this be the first step towards Microsoft removing Cortana as a front-facing search tool. Perhaps the assistant will eventually move behind the scenes.

In October, Microsoft released Windows 10 Preview Build 18267 on the Insider for the 19H1 branch. That update introduced an improved search functionality for Windows 10. With the search indexer mode, users can search all folders and drives and not just documents, images, videos, and desktop.

To turn on the feature, users should head to Searching Windows Settings. In the “Find My Files” sections, choose “Enhanced”. It is worth noting the indexer will work that one time, so it will have to be enabled whenever you want to use it.