Earlier in the week, Windows Central’s Zac Bowden leaked Microsoft’s plans to ditch EdgeHTML in its browser. There was some degree of skepticism surrounding the claims, but the Redmond giant has now confirmed the shift.

“Today we’re announcing that we intend to adopt the Chromium open source project in the development of Microsoft Edge on the desktop to create better web compatibility for our customers and less fragmentation of the web for all web developers,” said Microsoft CVP Joe Belfiore.

“As part of this, we intend to become a significant contributor to the Chromium project, in a way that can make not just Microsoft Edge — but other browsers as well — better on both PCs and other devices.”

As expected Belfiore pointed out that its mobile browser hasn’t been on EdgeHTML from the very beginning, as well as its contributions to Chromium on ARM. In some ways, it’s an indication that the old, closed sourced Microsoft is truly dead.

However, Belfiore also makes the claim that less fragmentation is a good thing. That’s a concept many can’t get behind, including Mozilla. While unification can be good in the tech world, healthy competition can also breed innovation.

On the other hand, the switch to Chromium could allow Microsoft to dedicate more resources to introducing unique features. Though it hasn’t announced it, the company may also allow non-EdgeHTML browsers on its store, bringing them to Windows 10 S users.

Ultimately, the move was always going to be divisive. There are many who would prefer Google not to have dominance in the browser market, but others would say it’s inevitable. Either way, it should let Microsoft bring a better experience to its users, including support for platforms like MacOS. 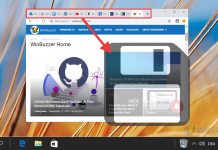 How to save Chrome Tabs and Re-Open Them Later