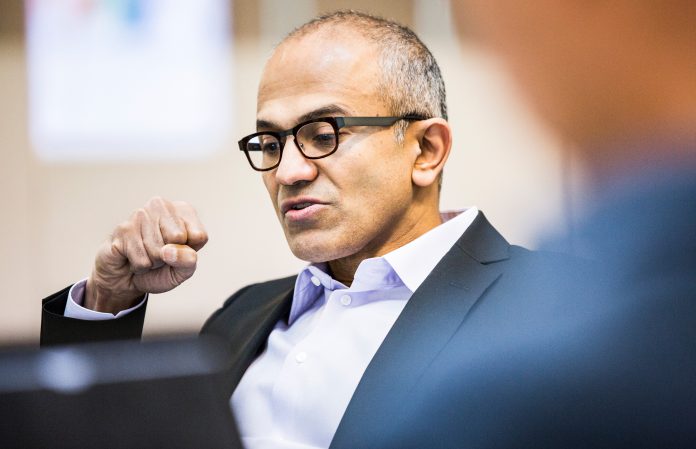 Microsoft CEO Satya Nadella has issued a statement on the company’s privacy practices. In an interview published this weekend by The Times in the UK, Nadella reaffirmed Microsoft’s commitment to maintaining user data. At the same time, he fired a shot are rivals like Facebook and Google.

“We don’t want to over-monetize. If anything, one of the things we’ve done is to is to make sure that the utility is maximized for the users,” Nadella told the Times this weekend.  “Users should only use that service if that customer data creates utility for them. If you think about LinkedIn, it is all about economic opportunity for the member. It’s not about taking member data and using it for something else.”

The CEO discussed how Microsoft uses data, specifically from Bing search and LinkedIn. Those two services handle and host huge amounts of user data, including personal information. Advertisers are willing to pay tech giants for this information, so they can target ads more accurately to individuals.

Satya Nadella insists Microsoft is committed to maintaining user data by only using the information to improve the user experience. Furthermore, the company will not send data to an unrelated third-party.

Nadella added he thinks customers should have a choice about how their personal information is used. He said he was not interested in picking “on [his] competition’s business model,” although it is obvious, he was offering a subtle nod to rivals like Facebook and Google.

Those two companies have been widely criticized about privacy matters. Indeed, just last week World Wide Web inventor Tim Berners-Lee said giants like Facebook and Google may have to be broken up to thwart further dominance.

Of course, Microsoft is not without its privacy critics, especially in how it handles data on Windows 10. However, the company says it does not pass any user data to unrelated third-parties.