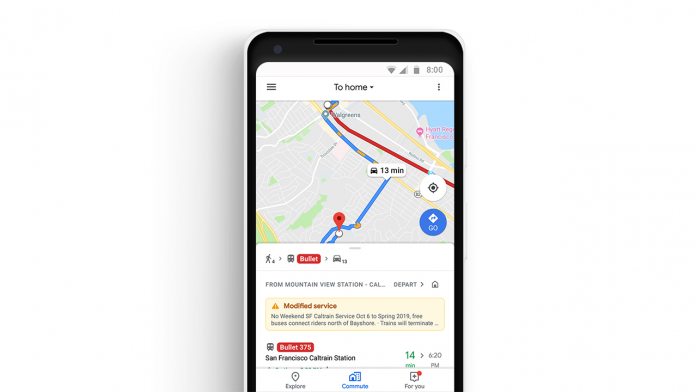 Across all fields, commuting is a painful necessity. Studies suggest that adding 20 minutes to person’s commute time has the same impact on happiness as a 19% pay cut. In the US, the average commute time per day is 50 minutes, which can really add up over the years.

Unfortunately, Google can’t change any of that, but it is looking to make commutes more predictable. The search giant has announced a number of related features for Google Maps, including live traffic information.

“Google Maps now features a commute tab that provides one-tap access to live traffic and transit information tailored to your commute. We’ll tell you if your commute is going to be a normal one or if you’ll need to budget extra time due to things like an accident or heavy traffic. In the case of a delay, we’ll tell you about alternative routes to help you get to work faster,” said Ramesh Nagarajan, group product manager, Google Maps.

The company isn’t clear on how it collects this data. Alternatives like Waze crowd-sourced traffic data via user input. However, it’s a good bet that it will utilize Google Traffic, which takes user’s GPS data, anonymizes it, and calculates their speed. 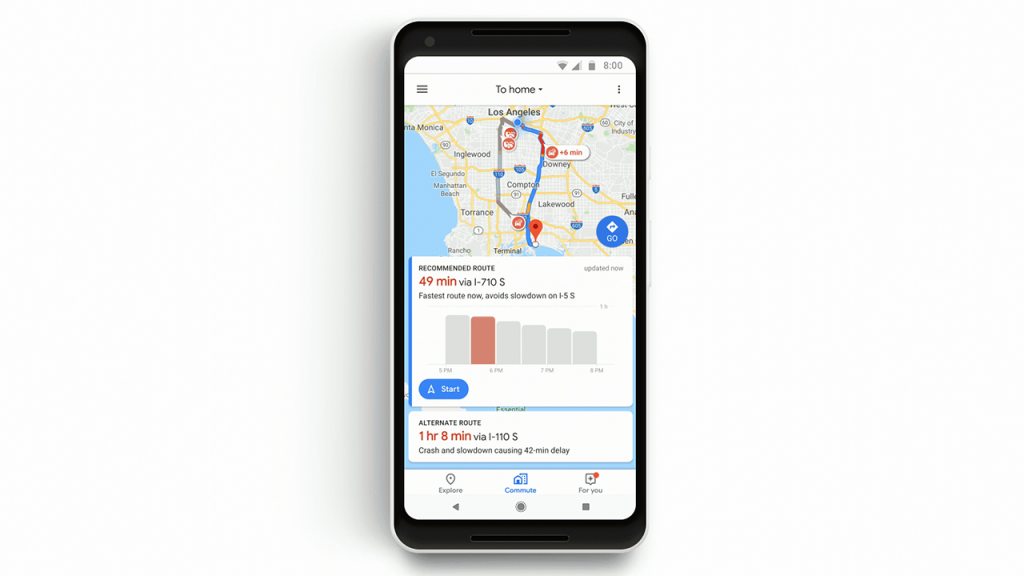 Essentially, this is nothing you couldn’t check manually already, but the dedicated tab will make it much faster when you’re rushing out the door. It also adds support for mixed mode commute. Users will see information about each leg of their trip, from the drive to public transport and walking.

Adding to this is information about public transport delays as you’re traveling so you can plan around them. The ultimate goal is to give users the information they need to decide when to leave the house.

Even without that, this could be a great tool to let your boss know how much you’re going to be late by. Google says the delays feature is available in 80 regions worldwide, with more coming soon.

Finally, Google Maps is getting integration with Spotify, Google Play, and Apple Music. You can skip, play, and pause music, all without leaving the app. This is a clear response to Waze, which has offered similar functionality for some time. It’s also something Bing Maps and Here don’t have.

You can grab the latest version of Google Maps below, but be aware that features may vary depending on the region.