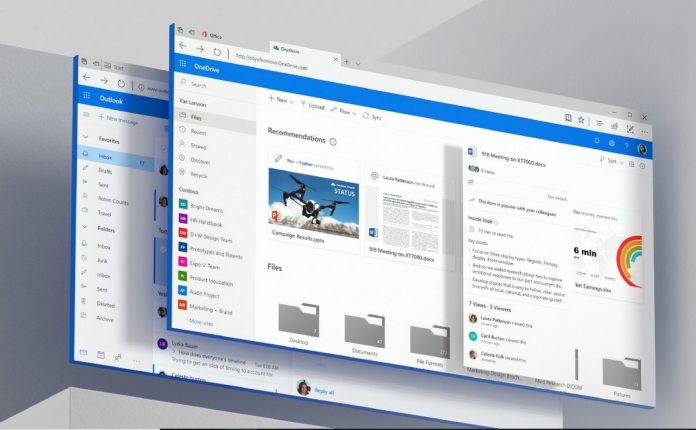 Microsoft has been rolling out its Fluent Design UI language for Windows 10 for over a year. Launched with the Windows 10 Fall Creators Update, Fluent Design is an evolving UI that will continue to implement through Windows build. It is a Windows-wide UI that is also present in apps, such as Office 365 and Office 2019.

Earlier this week, Microsoft announced Office 2019 is now available for all customers. The latest iteration of the productivity suite comes with Fluent Design. Microsoft has now published a blog to help users understand how the design language weaves into Office.

“For the first time in history, five generations share the workplace — this remarkable reality makes improvements like these more important than ever,” Jon Friedman, Head of Microsoft Office design, explains in a blog post.

Fluent Design was developed under the Project Neon codename. It is Microsoft’s latest Windows 10 UI that will transform the look of the platform. It is actually a UI that will be developed over years. In terms of Office 365, Microsoft is introducing several design tweaks, such as a dark mode:

“We’ve been working hard to expand Fluent Design, and we’ve now aligned the entire Office 365 suite on typography and iconography. You’ll notice a shared header across products, the same grid everywhere, and added depth to focus on what matters,” Friedman explains.

As usual, Microsoft has relied on user feedback in the process of developing Office 2019 and furthering Office 365. For example, overhauled start pages that allows for more customized file organization.

“We always engage deeply with users to collect feedback. For example, we learned that people often leave reminders for themselves within documents. To help complete the task at hand without distraction, you can now simply type “todo” into the main body of the document to create a reminder or @mention someone who can help,” Friedman adds.

At Ignite 2018 this week, Microsoft announced Office 2019 for general users. The availability of Office 2019 is limited to commercial volume license customers. These are clients who buy Office in bulk for cross-organization deployment. Microsoft says consumer and commercial users will receive the latest release in the next few weeks.