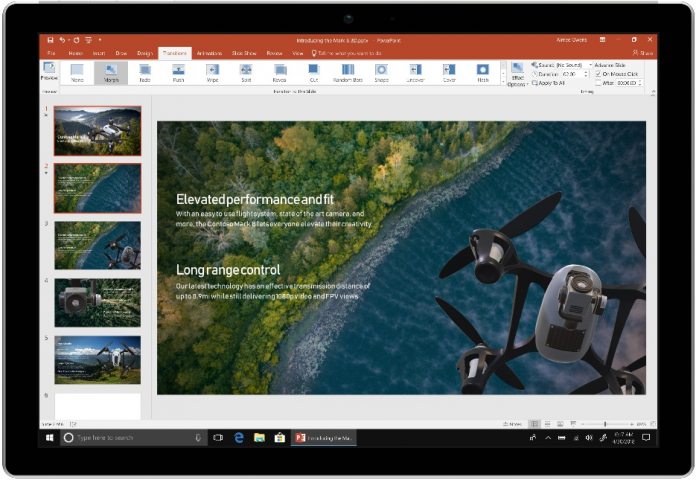 Microsoft has been previewing Office 2019 for much of the year, including a preview for business users. At Ignite 2019 today, the company announced Office 2019 is now available simultaneously on Windows and Mac.

At the moment, the availability of Office 2019 is limited to commercial volume license customers, those who buy Office in bulk for cross-organization deployment. Microsoft says consumer and commercial users will receive the latest release in the next few weeks.

Office 2019 brings more artificial intelligence integration to the productivity suite. We also know Microsoft’s Dark Theme design is coming to Word, while the document app will also get improved inking integration with Windows 10.

Over on Excel, the spreadsheet app will receive 2D mapping, functions and connectors additions, and funnel charts. Microsoft is also bringing improvements to PowerQuery and PowerPivot in Excel. As for PowerPoint, the app will score some new transitions, while the roaming pencil case will be enhanced.

Microsoft’s Outlook email client is also getting treatment in Office 2019. The Focused Inbox is coming to the app alongside an improved design. Focused Inbox it makes email management easier. This is achieved by two separate folders that separate emails.

The main folder is called ‘Primary’ and holds the most common and important contacts. The second folder will be for non-important emails. Of course, users can tag which mails will be sorted as important or not.

We already know that Microsoft is limiting the availability of Office 2019 on Windows and Mac. For example, the suite will only appear on Windows 10.

On Mac, Microsoft is limiting Office 2019 to a select few Mac builds. Office 365 and Office 2019 for Mac will support macOS 10.14, 10.13, and 10.12… the last three versions of the operating system. Microsoft says it is doing this to ensure the best user experience.