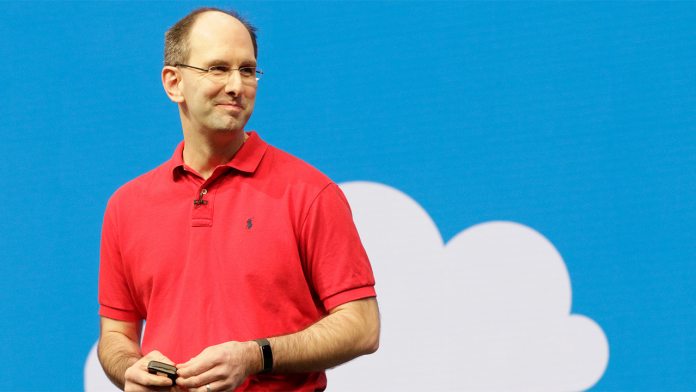 There are few people better qualified to talk about Microsoft than Scott Guthrie. The Cloud and Enterprise head joined the company in 1997 when it pulled in a record 11 billion in revenue. Bill Gates was still CEO of the company, and its reluctance to collaborate with the competition was serving it well.

In recent years, though, things have changed. Speaking to Business Insider, Guthrie discussed how the company, even before Nadella, was shifting to be more open, differentiated, and growth-oriented.

“What we’re trying to do in our spaces is be less reactive to the other competitors and just get super laser-focused on our customer, and really work back and say how do we be uniquely differentiated to serve their needs,” he explained to the publication.

The philosophy has lead to a rash of big acquisitions, from a $26 billion purchase of LinkedIn in 2016 to a more recent $7.5 billion takeover of GitHub. It’s the latter that’s the most telling, and Guthrie says it would have never happened four years ago.

“[Microsoft buying GitHub] would have been inconceivable a decade ago,” he said to BI. “It would be inconceivable, frankly, four years ago.”

The turnaround is thanks to Microsoft’s shift on open source, from a closed company to a huge contributor. GitHub doesn’t hold any immediate prospects for big profit, but it’s a big, public mark of the company’s progress.

The Convergence of Cloud, AI, and Augmented Reality

According to other executives, the shift in philosophy has lead to greater internal collaboration. The various teams are encouraged to work with each other, rather than the feeling of competition that was present a decade ago.

One of the biggest indicators of this internal shift is Microsoft’s recent restructure. The company combined its Cloud, AI, and HoloLens teams under one banner, lead by Guthrie. The once .NET general manager now holds one of the company’s most important positions.

However, Guthrie does a little to assuage worries about the future of HoloLens and Windows under a cloud-focused organization. In the interview, he explains that the three worlds are quickly converging.

Using the example of a car company, one might power the software with Azure, analyze data with AI, and use HoloLens in the dealership to show off different colors.

“Although the technology pieces are distinct, they all fit together in terms of enabling something that really is one plus one equals three,” said Guthrie.

He adds that Microsoft will continue to evolve to provide opportunities its competitors can’t, remaining “paranoid” despite the newfound openness.