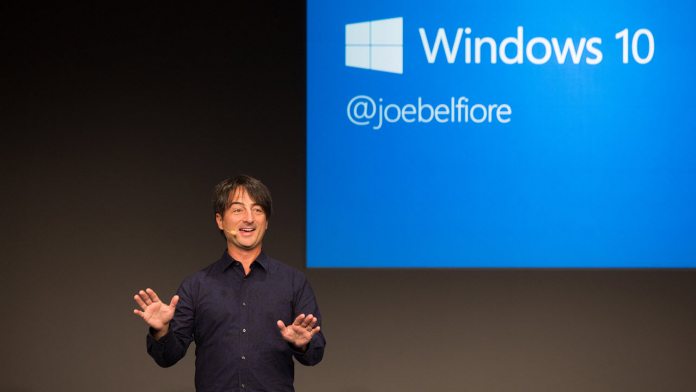 Windows is what started Microsoft, but it’s been clear for a long time that it isn’t the company’s only bet. The company has become increasingly focused on enterprise due to huge growths in its Azure platform and the guidance of CEO Satya Nadella.

In fact, Nadella recently reshuffled Microsoft to fit that vision. The Windows and Devices team was split into two groups, ‘Experiences and Devices’ and ‘Cloud and AI’. The move has led to concerns from ex-employees that Windows is no longer a priority.

Speaking to The Verge, Windows 10 head Joe Belfiore did his bit to sate those worries.

“The way we’re making investments and thinking about our customers is pretty much the same,” he said. “I think maybe this year because we’ve gone through this org change where the company is focused on Azure and the cloud… we kind of focused the keynote on what does that mean, what is Microsoft 365 about?”

It’s far from a promise that Windows will never take a back seat, but the executive also talked a little about the slower progress on Redstone 5.

“I think in general it’s more gradual,” explains Belfiore. “It’s certainly more gradual, but I think it’s also the case that sub-teams will try to get their features in. We’re developing this thing in public, we’re being pretty transparent about the work that’s underway.”

So far, the biggest features in Redstone 5 are a dark theme for File Explorer and Microsoft’s Your Phone app. The Verge also spoke to Microsoft Launcher’s cross-platform leader Shilpa Ranganathan about the feature.

It appears that main drawback of Your Phone for iOS users will be messaging. Though photos and notifications will work just fine, Microsoft will have to work with Apple to get iMessage supported without workarounds. That may be a very hard sell, so the company is marketing the iOS version as having fewer features for now.

In the future, though, Ranganathan is exploring the addition of calling, directions based on text messages, or surfacing relevant contact information.