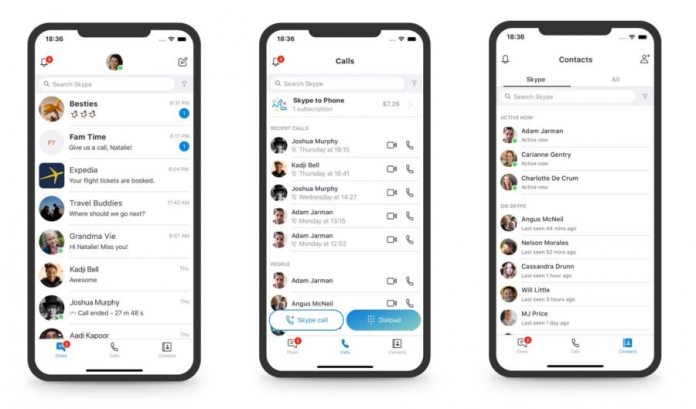 Last week, Microsoft decided to remove its Highlights feature from the all-new Skype. That in itself was a startling admission that a major part of last year’s Skype overhaul was a failure. However, today Microsoft has gone further and completely rolled back its communication service to its previous state.

“Calling became harder to execute and Highlights didn’t resonate with a majority of users,” says Peter Skillman, Director of Design for Skype and Outlook.

Just a year ago, the new Skype experience was seen as a significant step forward for the app. Microsoft has long been criticized for not developing Skype enough when rivals like Snapchat became popular.

Microsoft’s response to almost wholesale copy rivals, such as Facebook Messenger and Snapchat. The biggest update to Skype in a decade changed everything. We got a new UI and features all based on communication being a quasi-social network.

Among the new additions were Highlight’s, Microsoft’s take on Instagram’s Stories. Highlights was previously accessed through its own icon in the app. Users could swipe up to call the camera, a more intuitive and rapid action which is part of Microsoft’s “camera-first” design.

Once a photo is taken, the image was editable with text, decorations, or other integrations. These images can be shared with group contacts or individuals.

“Our new navigation model removes redundant and underused features that create clutter—making it much easier to find the people you want to talk to and contact them in an instant. On mobile we are moving to three buttons at the bottom of the app—Chats, Calls, and Contacts. Removing Highlights and Capture provides a cleaner and more efficient user interface (UI).”

Last month, Microsoft debuted a UserVoice service for Skype users to suggest new features and changes for the service. This shows the company is listening and dialling back to the old Skype design confirms this.