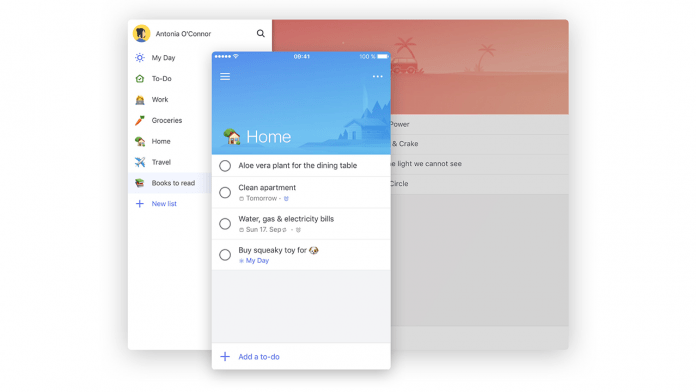 Microsoft has been working hard on its To-Do task management app in recent months. Improving the service and integrating features from Wunderlist has been ramping up. The latest release for the application has landed on Apple’s iOS platform.

Users on iPad and iPhone can now update To-Do to version 1.37. The chief new addition to the app is more efficiency in creating recurring tasks. Microsoft says building recurring to-dos is much easier.

That’s because the option to repeat tasks is now handily located directly above the detail view of a task. As usual, Microsoft has also made some under-to-hood improvements. Interestingly, the company says it has made some subtle tweaks to the UI for To-Do.

We are not sure what those changes are, but they are certainly not visible changes to the interface. We guess Microsoft just cleaned up the look of the app to make it look slicker.

If you want the new update, check out the download at the Apple App Store here.

Microsoft has made several major changes to To-Do across platforms across recent months. In June, the company brought Shared Lists to the application on Android and iOS.

Shared lists were a staple feature on Wunderlist and on To-Do it will allow users to share items for collaborative tasks. Users create a share link that can be accessed by any other user with permission.

Last month, the company returned with a star rating system, which allows users to denote the importance of tasks.