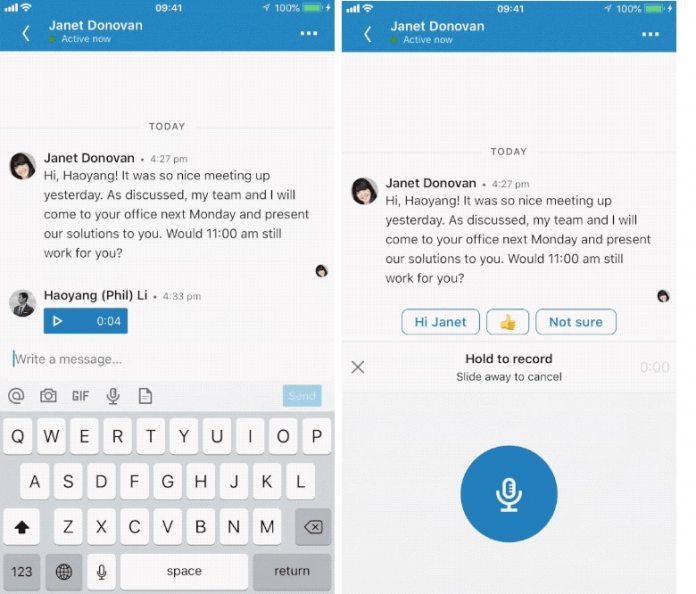 Last week we reported on a slew of new LinkedIn messaging features that are coming to mobile and desktop. Yesterday the Microsoft-owned company continued its messaging revolution with more abilities. Significantly, users can now send voice messages in LinkedIn Messaging.

This is a major addition for LinkedIn and allows it to more robustly compete with Facebook. The feature allows users to send WhatsApp style voice messages, although these are capped at one-minute.

It is definitely worth remembering that LinkedIn is not a dedicated messaging service, so this is a very welcome ability.

To send a voice messages, tap the microphone icon located on the messaging keyboard. Like on WhatsApp, users tap and hold the icon to record a voice message and then release to send. The ability to cancel a message mid-recording is achieved by simply sliding a finger away from the mic icon.

Some would argue this feature is not necessary for the network, but I disagree. While LinkedIn is not a messaging service, making its communication infrastructure more robust means users don’t have to leave the service to get strong messaging tools.

The company explains why it has included voice messaging: