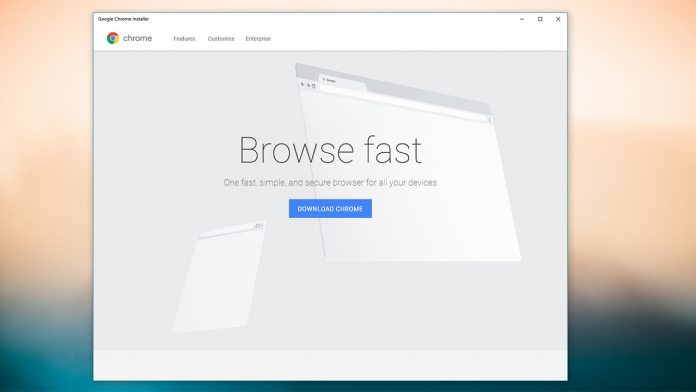 What’s that they say about good things never lasting? After less than a day on the Windows Store, the Google Chrome installer had been removed. Yesterday we reported that the Google Chrome Installer had hit the store, but not all was what it seems. Microsoft has now decided to take the app down.

Google’s Chrome app for the Windows Store was not really an app at all. Instead, it was a web wrapper that was basically just a link that opens in a browser. Naturally, that link would send you to the ‘Download Chrome’ webpage.

Weather this was some kind of joke from Google or a sneaky effort to get people to the installer remains to be seen. However, it was clear from the start the app would not sit well with Microsoft. It violated several Windows Store policies, such as not offering “unique and distinct value within your app”.

Under section 10.2.4, Store rules also state that apps “must not deliver or install non-integrated third-party owned or branded apps or modules unless they are fully contained in your app package.”

Microsoft has since responded to the app and is clearly unhappy:

Don’t expect that latter suggestion to be taken up by Google. It is still amazing that the world’s most used web browser is not available from the Windows Store. That’s a problem for Microsoft more than it is for Google and shows the app problem that has plagued the company since Windows 8.

Chrome is unlikely to ever be made available due to certain restrictions, specifically in Windows 10 S. Microsoft’s education-focused OS states apps that use a browser must use HTML and JavaScript engines from Windows 10. Google uses its proprietary Blink engine and is unlike to make changes to bring its browser to Windows.

The most interesting question in this episode is why Google created the app? The company surely knew it would be removed. The Verge says the company wanted to fight against fake Chrome apps in the Windows Store.