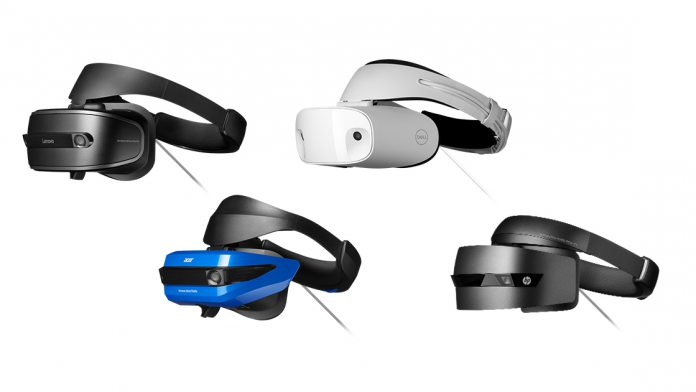 True augmented reality is a long way off. Microsoft doesn’t plan to release another HoloLens version until 2019, and meanwhile, it’s pushing its Windows Mixed Reality platform.

But it’s never been obvious what Mixed Reality means. So far, demos have just shown VR, which is really nothing new. However, with the release of the Fall Creators Update, it’s getting clearer what the long-term vision is.

Talking in a promotional video, HoloLens creator Alex Kipman explained new APIs that let developers support VR and AR inside of the same app. They can tell developers whether the device is opaque or transparent, allowing them to deliver content accordingly. Unlike the Vive or Rift, it doesn’t require any external sensors to do so.

No Fall Creators Update for HoloLens

In fact, with the Fall Creators Update, you can even use your PC as a Mixed Reality Viewer, seeing objects that don’t exist in the real world. Interestingly, though, that update won’t be rolling out to the HoloLens.

“While HoloLens isn’t receiving an update with the release of the Windows 10 Fall Creators Update, know that work on HoloLens hasn’t stopped; we’ll have a lot of learnings and insight to apply from our recent work across Windows Mixed Reality as a whole,” explains Microsoft. “In fact, Windows Mixed Reality immersive headsets and motion controllers represent a great entry point to development for HoloLens too, as the same APIs, tools, and concepts apply to both.”

Thanks to the APIs, HoloLens developers should be able to transition easily. Importantly, those who can’t afford an expensive development headset can also create apps that will further the ecosystem. It seems like a win-win and gives Microsoft some breathing space while the tech catches up.

Meanwhile, Digiday reports that brands are beginning to utilize HoloLens thanks to the Mixed Reality Partner Program, using it as a showcase for apps on Apple and Microsoft partner devices.