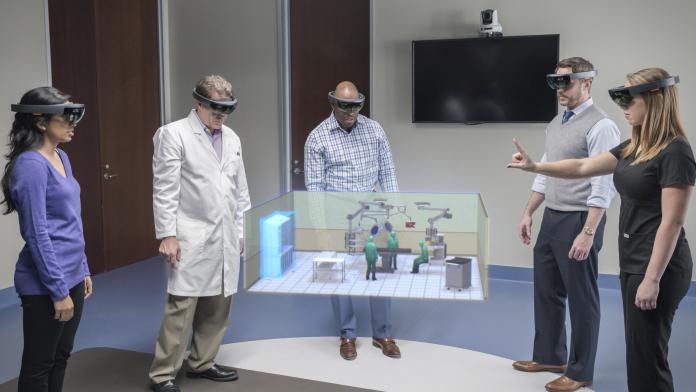 The Developer Edition of Microsoft’s HoloLens blew minds when it was first revealed, but it was also clear it wasn’t finished. The device has a restrictive field of view and is extremely expensive.

Fans were eagerly awaiting version 2 of the device, but rumors suggested it would skip straight to version 3.0 in 2019. Now further evidence has arisen in the form of Himax Technologies‘ CEO Jordan Wu.

“As far as I can tell, sparkling remains the major, major issue, technical issue and it is really very, very difficult to solve,” he said in a recent earnings call, discussing augmented reality. ” People have been studying scanning mirror ever since we got started on this goggles business. But I haven’t seen anything really concrete so far. So I think it’s fair to say that the LCOS remains the leading technology, when it comes to AR devices…don’t expect anything major this year or even next.”

For the uninitiated, Wu is referencing different AR display technologies. The HoloLens uses Liquid Crystal on Silicon, but as we know, it has cost and field of view issues. The other alternatives, DLP and Scanning Mirror, both have their own problems.

Of course, Himax is working on things behind the scenes, but there haven’t been any major announcements yet. It seems the technology is simply not ready yet, though Apple apparently has a mixed reality headset coming in the near future.

In that vein, Wu stated, “we do anticipate if not end of this year probably sometime next year there will still be customers trying to launch products, new products, tried to further test the market but I think again what we and the industry leaders are doing right now I believe is fair to say is that we want to sit back and really learn.”