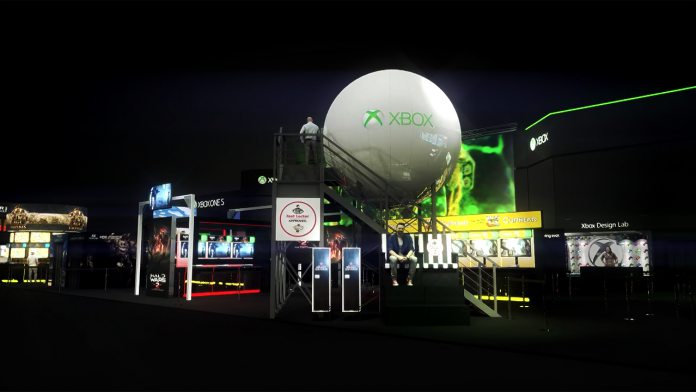 E3 may get the most attention, but companies are still gearing up for Gamescom in Germany this weekend. Microsoft is one of them, and it’s made several announcements to start the hype.

The first is a quick look around the Xbox booth, which will open on Tuesday, August 22 and Kelnmesse. Featured in Hall 8 near the North entrance, you’ll be able to play a variety of games and chat with employees.

It looks like the main titles featuring this year are Sea of Thieves, Age of Empires: Definitive Edition, Forza 7, Assassins Creed: Origins, Halo Wars 2, and PUBG. There’s also a big floating Xbox sphere, but its not clear what’s inside just yet.

As with E3, Microsoft will also be running promotions for its streaming service, Mixer, during the event.

“You can sign in to your Microsoft account at Mixer.com and you’ll be in with a chance of winning lots of great prizes and be able to ask questions to the teams behind your favorite games,” explains Major Nelson. “We’re excited to show you what we’ve been up to since E3, so be sure to tune in!”

During E3, fans simply had to watch to win prizes, so it’ll be interesting to see if Microsoft has a more liberal tactic at the smaller convention. The live stream will start on Sunday at 9:00pm CEST, so be sure to tune in then to find out.

If you can’t make it, however, Xbox has something else in store, specfically for its German users. Xbox Wire will launching a German version of its news platform. It will include local and global news, all in the relevant language.

Finally, here’s the full schedule for Gamescom this year:

Microsoft has hinted at more Xbox One X details, among other things, so keep an eye out here and on the usual channels for more news.