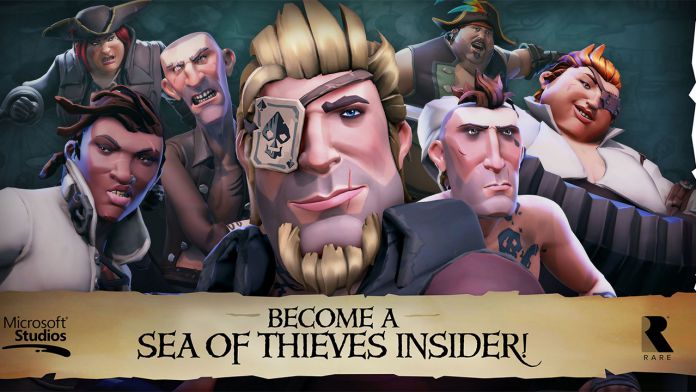 Microsoft’s Insider Program has expanded significantly over the past couple of years, but today marks its first foray into games. Though the Xbox Insider Program has been around for a while, specific games have always had a traditional ‘beta’ status.

That’s set to change with Sea of Thieves, a game developed by Rare and set for publication by Microsoft. It points to a wider change in Microsoft’s branding, and we can expect to see more Insider games going forward.

For those unfamiliar, Sea of Thieves is a pirate-focused multiplayer game that features custom, user-created story content. Gameplay so far features a crew aboard a ship, who must land on islands and combat other ships.

According to engagement manager Bobby Lamirande, the program will “give the community a closer look at the development of Sea of Thieves, with exclusive insights and updates on how the game is progressing.”

This will come in the form of regular updates, which will detail development changes and player feedback. Users will also get access to the forum to discuss the game and its changes.

Most importantly, select Insiders will gain access to Sea of Thieves closed beta. This will allow them to play the game before anyone else, though it will probably be subject to the usual NDAs. In return, user’s will be asked to fill out surveys and questionnaires.

These questions will include feedback on gameplay and design to be implemented in the game. Insiders will also be given a special forum badge which will lend their posts and observations more credence.

Lamirande says the Insider status will be present all the way through the game’s development, and the team expects a sharper, more polished game as a result.

You can sign up to the Insider program today on the Sea of Thieves website. The game will be available on both Xbox One and Windows 10.