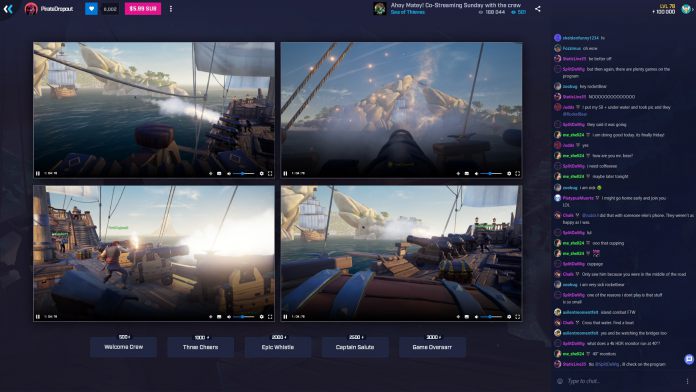 Microsoft acquired game streaming service Beam last August. Since then, the company has folded the service into Xbox One as it opens up social gaming. Today, Microsoft has announced it is renaming Beam, which will now be known as Mixer. As well as the name change, the company says there is some evolution in features too.

“This was a tough decision, and not one that we made lightly. But, it was something that we decided on as a team. We believe so much in the power of the platform and want to grow it in every major market around the world.  Unfortunately, that wasn’t something we could do with the Beam name.  We chose Mixer as our new name because it represents what we love most about the service…. how it brings people together.”

You’d probably agree that is some pretty vague marketing speak that does not say a lot. It is more likely that Microsoft just wanted to put its own stamp on the Beam service, with the addition of new features. Mixer will also remain a cross-platform service.

Of course, it is new capabilities and plans for the future that are more important here. Mixer comes with some changes that Microsoft says existing Beam users may have already seen. The company says the platform is a “big evolution” in interactive live streaming.

Arguably the core new feature is the ability to truly livestream. Microsoft says current platforms have a 10 – 20 second latency, while Mixer will actually be live. Beam abilities like true interaction with streamers and social aspects are carried over to the new platform.

Viewers can participate in a stream by influencing gameplay. In the future, the company says more interactivity will come to Mixer as official game integration. Such a possibility is being developed by the Minecraft team which would allow viewers to spawn in enemies and change weather within a stream.

“We want to empower gamers and everyone who wants to share their passion – whatever it may be – to create and share more easily than ever before across PC, console and mobile. Mixer represents our vision for the next generation of multiplayer – watching and participating alongside your friends in gameplay streaming from anywhere in the world.”

With the launch of Mixer, there are several capabilities that are available today. These features begin to open up interactivity and stream creation tools:

“Co-Streaming Launches Today. Starting today, we’re launching the first built-in cooperative streaming experience on a streaming platform where up to 4 streamers can combine their streams into a single viewer experience. Co-streaming enables multiple channel streams to be displayed on a single Mixer page. You and up to three other friends can deliver a stream that combines separate stream sources into one shared “split-screen” view, including a centralized chat experience. Co-streaming is available now for everyone. And in the coming weeks, Xbox One users will be able to invite friends to join a co-stream directly from the Guide. Co-streaming doesn’t require streamers to play the same game or even do the same activity, and you can join a co-stream with friends who are streaming from different types of devices. Four friends can broadcast a co-op session of League of Legends or PLAYERUNKNOWN’S Battlegrounds, and then just as easily stream a remote live-band jam session or play a multiplayer board game with their viewers. Viewers don’t need to flip back and forth across different streams to view the same group of streamers – they can watch all the action in one place, while enjoying all the innovative interactivity that Mixer offers.

Mixer Create Beta Launches on Mobile Devices (iOS and Android). Mixer Create is a new mobile app that enables self-broadcasting, and we’re kicking off the beta today. Soon thereafter, we’ll add the ability to stream live gameplay from your mobile device as well. The ability to broadcast gameplay on-the-go opens up entirely new social gaming possibilities. In the future, you could imagine streaming Pokémon Go on your mobile device, through Mixer, and hunting with viewers! Once mobile gameplay streaming launches, you’ll be able to join a co-stream with friends who are broadcasting on PC, console or other mobile devices.

Channel One. Channel One is an always-on, moderated channel of content that lets you see what’s happening across Mixer. We’ll highlight a wide variety of content, including big title releases, livestream events, tips and tricks, esports updates, and more. There’s always something new on Channel One, and it’s a great “first stop” for new visitors to see what’s out there and get acquainted with our service.

Mixer Page on the Xbox One Dashboard. Launching today to Xbox Insiders, the new Mixer page on the Xbox One dashboard will feature some of the most unique, popular and engaging streams that are broadcast on Mixer, curated by our dedicated team. We’ll showcase the huge variety of diverse, creative content from our streaming community and allow viewers to easily find content relevant to them. And it’s a great way to see what many of our awesome Mixer partners are up to.”