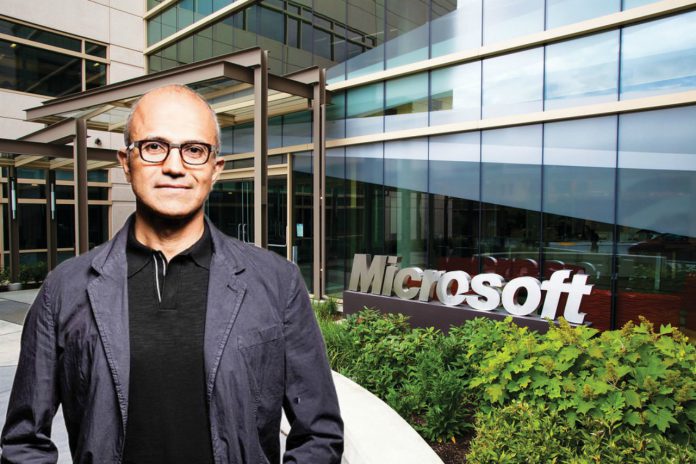 Satya Nadella has enjoyed a successful tenure as Microsoft CEO so far. A new survey shows that the executive enjoys a higher approval rating than Apple CEO Tim Cook. However, both remain behind Google’s chief Sundar Pichai, according to Glassdoor.

The recruitment company analyses approval ratings across company executives within the United States. Satya Nadella has increased his approval rating by over 20 places, moving to 29th this year.

As for Tim Cook, a CEO is often assumed to be well liked, he has dropped 45 places and is now in 53rd position. Google’s Pichai is now sitting in 17th place, but is not the highest places amongst major tech brands.

Facebook’s Mark Zuckerberg is in 10th place and Salesforce’s Marc Benioff is 15th. The leading CEO in the US is Benno Dorer from the Clorox Company.

It should be pointed out, while positions of chopped and changed, it is not as if any of the named CEOs are unpopular. Cook, for example, has a 93 percent approval rating despite is significant decline in the survey. Nadella has an approval rating of 95 percent.

Glassdoor points out that the average CEO approval rating is 67 percent, so all the CEOs named are thriving in relative terms.

Since taking charge of Microsoft three years ago, Nadella has reoriented the company. Moving away from focusing on hardware, the company is once again deep into software and services. This is driver by the CEO’s mobile first, cloud first strategy.

Windows is once again core to Microsoft, while the Azure cloud platform is becoming the company’s most important division.

Nadella’s increasing popularity within Microsoft shows that employees are backing his vision.

“Everyone I worked with was very dedicated to the success of the team as a whole. There was very little politics or infighting at my level,” one Microsoft employee says in his rating on Glassdoor, but did says, “the company focuses too much on building new things rather than improving and promoting the awesome stuff they built last time.”