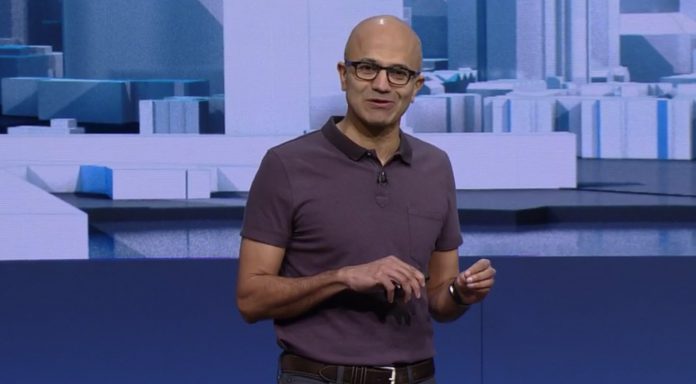 Microsoft’s Build conference got underway today with CEO Satya Nadella discussing the company’s strategy, but there was a distinct lack of discussion about Windows 10 Mobile

The chief explained Microsoft’s mission statement to empower every person on the planet and doubled down on the company’s plan to put mobile and the cloud at the forefront of its plans.

Nadella described a “mobile-first, cloud-first world” while describing the cloud as a new computing platform in its own right.

The company will focus on the cloud during its Thursday keynote, but today the focus will be on Windows and Microsoft’s plans for the platform.

Sadella discussed Azure in brief, but today the focus is very much on Windows and that of course means fresh details about Windows 10 Redstone.

During Nadella’s entire time on stage and indeed throughout the first day keynote, Microsoft made hardly any reference to the Windows 10 Mobile platform. It was a bizzare omission considering one of Nadella’s first things to say was that Microsoft is a mobile first and cloud first company these days.

What does this mobile first strategy mean exactly? Does it mean Microsoft is focusing its mobile aspirations on the rival Android and iOS platforms (they were mentioned more than Windows 10 Mobile)? That’s unlikely, but while the company answered a lot of questions at Build 2016 today, the absence of Windows 10 Mobile leaves a huge question mark.

This was the day dedicated to Windows, so now was the time to lay on the new features for the mobile platform if there are any. Worryingly it seems that there may not be, but another theory is that Microsoft’s wider Windows 10 strategy for a Unversal Windows Platform includes mobile and much of what the company discussed today includes the mobile platform.

Regardless, this was very much a day for Redmond’s other Windows divisions and not mobile.