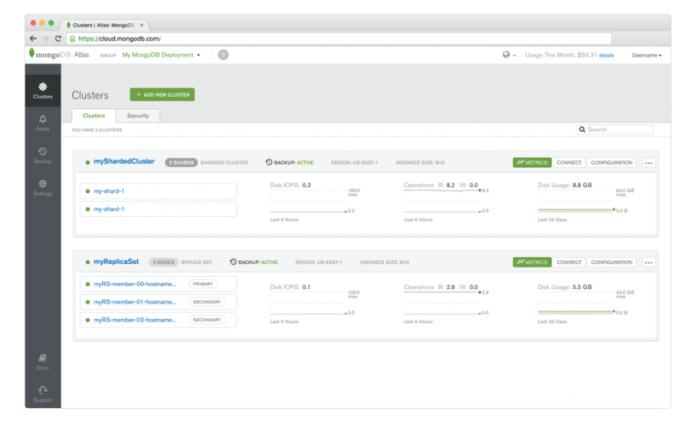 MongoDB is currently hosting its developer conference in Chicago, and as you may expect, the company has some launches to discuss. Chief among them are the launch of two new products, Stitch and Mongo Charts. There was also a significant update to the Atlas managed database-as-a-service platform.

Stitch is a backend-as-a-service (BaaS) tool that will integrate with the MongoDB database. It has been created to help developers tie together third-party services. This service is rare for the company as it is away from its core database offerings.

Regardless, Stitch is a response to a growing developer trend of writing apps across third-party services. The new feature allows dev’s to connect data from these external services and compile the APIs in MondgoDB. This will appeal to developers as it means they can avoid building their own security and privacy settings.

Stitch arrives with solid support out of the gate. It has pre-built integrations with Facebook, Google, AWS, Twilio, Slack, PubNow, and MailGun. That said, it is simple to integrate the service with any third-party offering that comes with a REST API. Stitch is in public beta on Atlas now.

Speaking of Atlas, MongoDB has introduced an update for its cloud database as a service. Specifically, it is now possible to deploy the platform on Microsoft’s Azure and Google Cloud Platform.

Until now, Atlas has only been available on Amazon Web Services, the market leading cloud provider. However, customers will now be able to access the platform on the number two (Azure) and number three (Google Cloud) services.

At the developer conference, MongoDB also debuted Mongo Charts. While not available yet, the new business intelligence (BI) tool will arrive in the fall. It gives business users the ability to build graphs and dashboards to collect data hosts in database instances.

Back in February, we reported on Microsoft’s plea for MongoDB customers to migrate to its own Azure Documents DB.

“By working with Azure, developers automatically adhere to the Security Development Lifecycle (SDL). This is Microsoft’s platform for creating software that is security compliant and affordable.

Microsoft also discusses how the global distribution of Azure makes it ideal for developers. Its availability in 40 regions means customers can create and manage applications on a global level.”