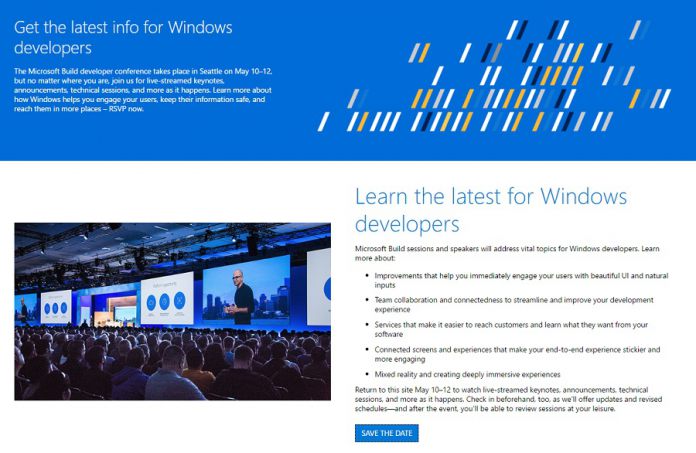 Microsoft is today reminding developers that Build 2017 kicks off on May 10 in Seattle. The company says the conference will once again bring substantial changes to dev’s and now is he time to prepare. Microsoft has opened a Save-the-Date reminder that can be found on the Build site for Windows Developers.

It is possible to save sessions and see them later, while users can also create and share session collection. Of course, Microsoft will also be live streaming throughout Build 2017.

Among these live streams will be the keynote announcements, product reveals, tech sessions, lectures, and more. Specifically, for Windows developers, Microsoft says Build 2017 will provide the following: 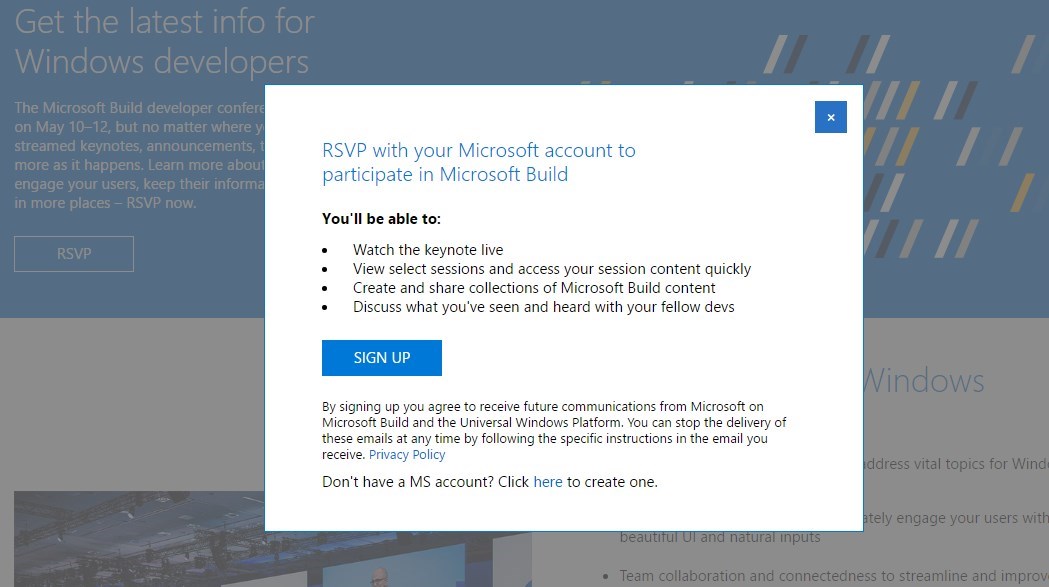 At Build 2016 last year, Microsoft discussed a wide range of services including Azure and Windows. You can check out all the news from Build 2016, which included reconfirmation of the cloud first strategy.

Build 2017 will be as equally diverse, but we expect a major emphasis to be on Windows 10, the Universal Windows Platform, and of course Azure.

Microsoft announced this year’s event back in December, saying it will run from May 10-12. As we reported at the time, Build is happening later than usual this year. The company wanted to wait for the Windows 10 Creators Update to roll out, so Build could focus on Redstone 3.

Indeed, I think Redstone 3 will be named and launched at Build, or at least spoken about in detail. Either way, registration for the conference has been open since February, so don’t hesitate if you want to attend.

Microsoft Fixed an Azure Security Vulnerability before Researchers Could Report It