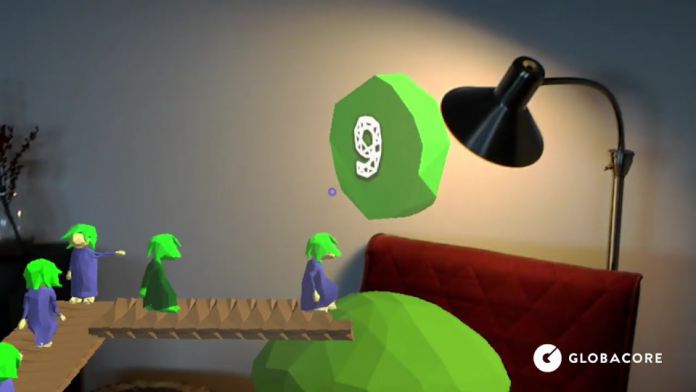 If you think way back to the beginning years of gaming, you may remember a fun little game called Lemmings. The title originally launched on the Amiga, Atari ST and PC in 1991. Since then, it’s made its way to SNES, PS2, PS3, and more.

In essence, it’s a puzzle platformer. Players have to guide Lemmings through various obstacles to avoid them falling painfully to their death. It’s a simple concept that lends itself well to modifications and sequels.

The latest remake, however, may be the biggest leap yet. Globacore is an AR and VR design firm that creates bespoke experiences for clients. In its free time, the company has been working on Lemmings for HoloLens.

Rather than a 2D screen, the latest iteration uses the environment around you. Lemmings will walk across your sofa, onto your table, and around your house. You have to guide them with bridges in real-time to an end stage.

It’s a great example of where the HoloLens really stands out – using the real world to influence gameplay. Though it certainly lacks polish, it could be a solid title with a little more work.

Unfortunately, there’s no telling if the game will get a fully polished release. We’ve seen a lot of promising demos for the HoloLens, from Pokemon: Go to Augmented Reality Battles. Rights are complicated, and increasingly previews are used more as a marketing tool than a serious title.

For now, Globacore has released to HoloLems project files to anybody who is interested. It’s a fun little game, with the potential to grow into something much more when HoloLens is available to consumers.

You can find more details about the project on the Globacore site.