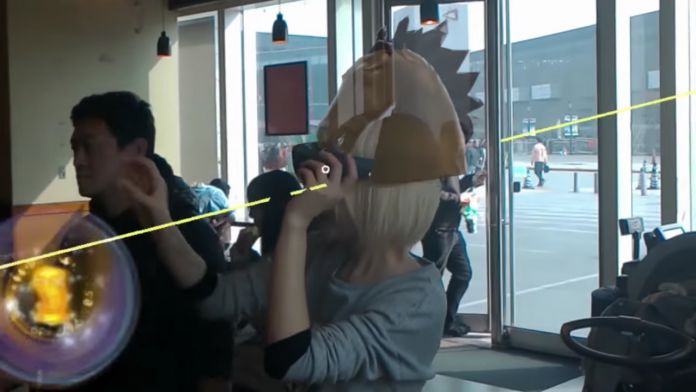 Despite the availability of the HoloLens, it’s not often we see demos of multiple devices working in tandem. Microsoft has given a limited preview of productivity scenarios, but until now we haven’t seen just how much fun it could be.

Augmented Reality startup ARMark has shown what it looks like to have three devices working together. In the Anime-esque magic battle, two opponents faced off wearing horse masks, while a third headset recorded the action.

A Glimpse of the Future

All of this took place in a coffee shop, where the participants were getting some strange looks from the public. Though the framerate is terrible, the video gives a good indication of what the future may look like.

For now, such a setup would cost around $9000 to create. However, it’s worth noting that HoloLens is still in development and we could see affordable headsets sometime in the future.

The use of a public place also shows one of the strengths of augmented reality. The users have an acute awareness of surroundings, opposed to VR, where it would be hard not to bump into things.

Despite this, it looks like more of a test than a planned release. There are some obvious problems with the face detection, clipping, and other issues. However, it does act an excellent showcase of ARMark’s talents.

The China-based company creates AR experiences for various companies and has previously worked with Hilton, Intel and Zhiche Auto. Currently, AR has a big presence in the marketing field, but ARMark believes it’s “full of infinite possibilities.”