As we explained when it launched, Build 15042 introduces a number of minor features. It is part of Microsoft’s final lap towards the Creators Update full release in April. We fully expect preview updates to increase over the coming weeks. We also expect the number of features to decrease.

That latter expectation was certainly met with Windows 10 Build 15042. However, there were some tweaks and additions to the platform. For example, Microsoft expanded on its earlier decision to disable Flash by default on the Edge browser. Build 15042 adds a new dialog that lets users known when Flash is disabled on a page.

The release also made the following changes to Microsoft Edge:

As always, installing an update via an ISO can help users who are finding installing a Windows 10 build normally tough. For example, some users are reporting problems installing Windows 10 preview 14986 through Windows Update. The latest ISO is available on the Windows Insider site at the source.

Microsoft has already moved past Build 15042 and has released Windows 10 Creators Update Build 15046. This update brings a number of Cortana improvements. For example, the company has reverted to the original taskbar color for the virtual assistant. Cortana can now also pick up where she left off across devices. 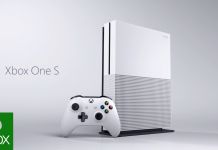