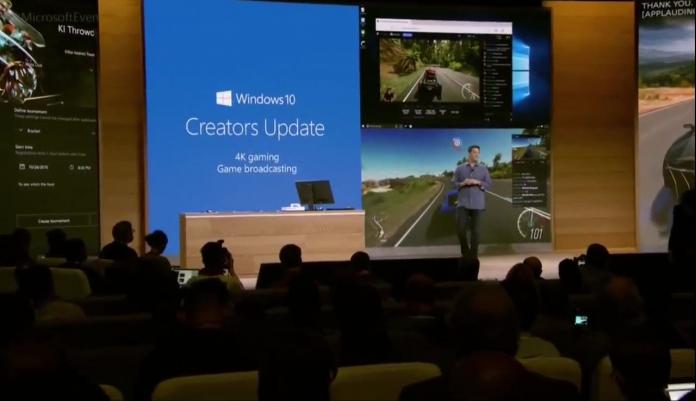 Microsoft today rolled out Windows 10 Insider Preview build 15046 for PC to the Fast Ring. This Creators Update build adds a couple of new features as Microsoft’s gears up towards full release.

As usual, the company has also listed known issues with this build and what’s been fixed. Insiders can, of course, provide feedback on the build.

A couple of things happen when we get nearer to a full launch of a feature update. Firstly, the amount of preview releases increases. This is evidenced by the fact Windows 10 preview 15042 dropped just four days ago.

Secondly, the number of features in these updates drops significantly. Early previews for the Windows 10 Creators update were packed with new features.

During the last month in preview, Microsoft will be more focused on stabilization of the platform. We may still get some new goodies, though, as you can see below.

The process described above is what Microsoft did with the Anniversary Update last year. It is clear we can expect a number of previews to land in the coming weeks before the Windows 10 Creators Update goes live in April.

As for preview build 15046, there are some changes centered around Cortana and Windows Defender:

Cortana – Microsoft has returned the color of Cortana in her taskbar home back to its old hue. The company says this decision was made after overwhelming feedback. Pick up where you left off in Cortana: We are experimenting with how we display what you can pick up where you left off across your devices in Cortana. Cortana now proactively shows you apps, files and websites from Microsoft Edge. Previously, this feature only displayed websites from Microsoft Edge in Action Center. Let us know what you think! (Available EN-US only.)

Improved translations: For Insiders who speak non-English languages, we wanted to let you know that we have heard your feedback on our translations and have been actively making improvements. With this build you should see improvements – particularly in OOBE and for some of our newer settings, but across the system as well. We encourage you to take a look around the system, and if you spot anything translation that doesn’t quite seem on point, please log feedback using the steps here.

Updated Gaming Settings icon: A lot of you sent in feedback on this. We listened and adjusted the Gaming icon in Settings to feel more inline with the other icons on the Settings home page.

When you choose either of the Store options, you’ll see a warning when attempting to install a non-Store app. The warning will direct you to the Store where you can download an alternate app if available. In some cases, when there’s already an equivalent app in the Store, the warning will provide link to that app. This is an opt-in feature, and the default setting is to allow installation of apps from anywhere. (Note: This went live with last week’s build.)

As always, this update is also packed with fixes and improvements Microsoft has made from previous releases: