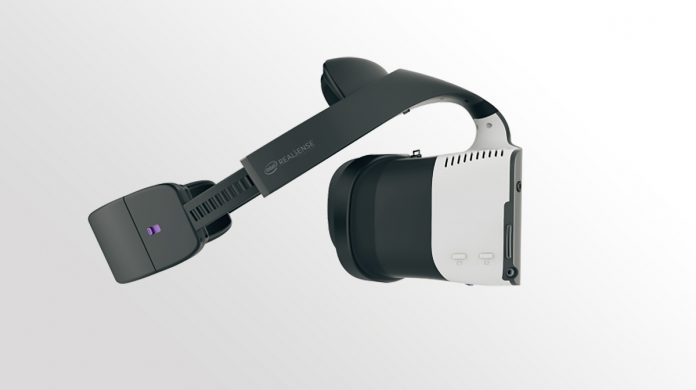 Intel first announced Project Alloy last year. It is the company’s first all-in-one virtual reality headset and it is powered by Microsoft’s Windows Holographic platform. At CES 2017 in Las Vegas, Intel’s CEO Brian Krzanich added some details about Project Alloy development. The executive also said that devices will be launched through OEM partners during the last quarter of 2017.

Krzanich says the project is going well and Intel with “productize” the headset. The company will use third-party hardware partners for the technology. Intel adds that Project Alloy and Windows Holographic hardware will get the HypeVR world tour app.

To take advantage of Project Alloy, OEMs can use a reference platform Intel has created Windows Holographic. This will allow hardware makers to create their own VR and mixed reality devices using Intel and Microsoft’s technology.

Project Alloy headset is untethered and comes with integrated CPU, graphics, and battery. It focuses on mixed reality rather than virtual reality. Intel also believes its RealSense technology is an ideal solution to control in the merged reality world.

RealSense makes use of depth-sensing camera and other sensors to allow users to see their hands in real-time and control objects. This immersion goes beyond control pads used for devices like Oculus Rift or HTC Vive.

“Merged reality is about more natural ways of interacting with and manipulating virtual environments,” says Intel CEO Brian Krzanich, “by liberating you from the controllers and the nun chucks of today’s VR systems by immersing your hands — your real-life hands — into your simulated experiences thanks to readily available new sensing technologies”