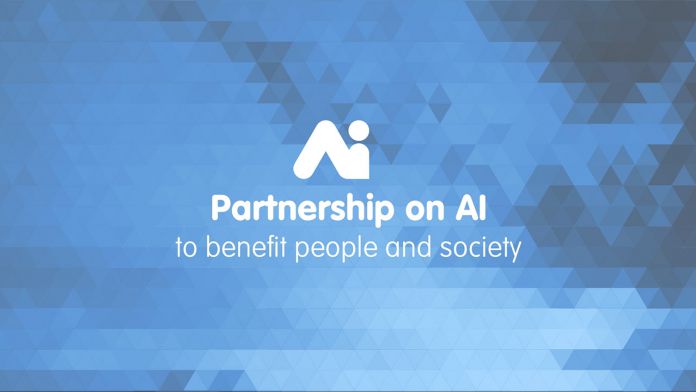 While Apple is always described as a major innovator, I have always taken a different view. My belief is that the company is an expert at arriving fashionably late. So, it is no surprise to see that Apple is now entering the artificial market and is doing so after many of its rivals have already established themselves.

The question to answer is whether Apple is fashionably late this time, or just too late? Cupertino has recently formed a machine learning group and already it is proving fruitful. Six researchers from the division have published a paper that presents a new method for simulated + unsupervised learning.

Of course, it is perhaps naïve to think Apple hasn’t been secretly working on AI research development behind the scenes. However, taking Microsoft as an example, it seems the company is certainly playing catch up. The concept in the paper seeks to improve the quality of synthetic training images. The release follows a promise earlier this month by Apple’s Director of AI Research. Russ Salakhutdinov said that the company will start releasing its research in AI and machine learning.

Some aspects of AI and machine learning development focus on the ability of computers to analyze and make sense of video and images. Using genuine media content can be costly and time-consuming. Synthetically generated images are more accessible, and perhaps more importantly, customizable. These synthetic training images and videos help AI learn before being released.

However, there are problems with synthetic images and videos. Any imperfection in the image or video can scupper the whole process and potentially destroy results. Apple believes it has a solution for this, effectively removing the risks of using synthetic content. Cupertino thinks the use of Generative Adversarial Networks (GANs) will improve synthetic training images. 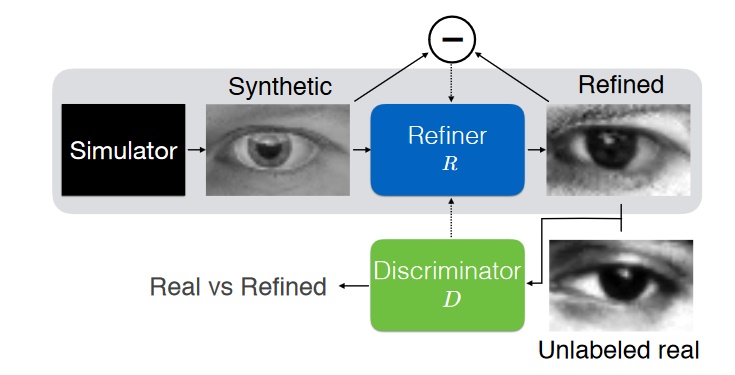 It is worth noting that Apple has not created GANs. However, the company believes its changes will be important in improving synthetic images. Apple uses a simulator to create synthetic images to pass through a refiner. This is a filter that helps to decide whether the images are real or synthetic.

While Apple is still taking baby steps in AI research, the paper shows the company is serious and looking to bring something new to the table. As is often the case, Apple is starting from a losing position. However, this is the company’s forte, entering a nascent market and defining it. The iPod was not the first digital music player, but it became the definitive example. The iPhone was not the first smartphone and the iPad not the first tablet, but both became definitive of their markets.

Considering the significant steps the likes of Google and Microsoft have already taken in AI development, this may be Apple’s hardest catch up operation yet.

While Apple is a newcomer to AI research, Microsoft has been at it for some time. Indeed, the company has been openly vocal about the role it believes AI will play in the near future. CEO Satya Nadella has expressed great hope for AI, going as far as to say the technology can solve the most pressing problems of our society.

We want to pursue democratizing AI just like we pursued information at your fingertips,” said Nadella.  “But this time around, we want to bring intelligence to everything, to everywhere, and for everyone.”

Microsoft’s mission with AI is to “empower every person and organization on the planet to achieve more.”

In pursuit of its goal, Microsoft has been a leader in AI development and has launched numerous solutions based on artificial intelligence. Among the companies upcoming or existing AI solutions include:

Aside from products that Microsoft has already released, the company’s research division has been helping to enhance AI development. Microsoft Research has developed a number of AI projects that further machine learning capabilities. In June, the division discussed the development of MSR-VTT and LSTM-E, which the company says redefines video-to-language bridging.

The research presents a benchmark dataset for image captioning and Long Short-Term Memory with visual-semantic Embedding to bridge video and language. Two research papers were written describing the solutions:

While Apple will be looking to develop new avenues in artificial intelligence, Microsoft is already on the path and implementing deep learning and AI in existing services. This fact makes it difficult for Apple to catch up, and of course Microsoft is not the only company already several steps ahead of Apple. Among the Microsoft service employing AI technology are:

Bot Framework – Microsoft launched the Bot Framework this year. The framework provides developers with features and tools to create bots and distribute them through a marketplace. These bots integrate with Microsoft services like Skype, but also work in other services like Facebook and Slack. Speaking of Slack, its own Botkit development service is supported by Microsoft’s framework, and vice versa.

Chat Bots – This year, Microsoft has launched a couple of chat bots. By the results, the company is clearly in a developmental stage of experimenting with this technology. However, these chat bots perhaps show the current difference between Apple and Microsoft in the AI space. Apple has likely been researching AI for some time, but is only now publishing its papers. Indeed, the company is some way off from offering any solutions, and only when those services are complete. Microsoft is taking a more open approach and developing solutions through user interaction.

The company’s frankly amazing Tay.ai chat bot is good evidence of this. And yes, I mean amazing in a negative way. The bot arrived earlier this year with the promise of being able to learn from users’ interactions on twitter and other services. The more conversations Tay had, the more she would learn and be able to interact more realistically.

Unfortunately, Microsoft was forced to pull Tay after just a few days as she was simply learning offensive remarks focused on sexism and racism. The company returned recently with the Zo.ai chat bot. She works on the same principles as Tay, but Microsoft has more control over what Zo can learn and utter.

This is a key example, showing Microsoft is willing to develop on the move. Yes, there will be failures, but for the most part, Redmond is blazing a trail in AI and chat bot development.

As mentioned, Microsoft is not the only company already deep into its AI and machine learning exploration. Amazon, Google, and Facebook are among the other tech giants to have already made significant strides.

Apple is entering a market where some of its biggest rivals are already fully established. This feels different to when the company was able to change industries with smartphones and tablets. It is also worth mentioning that Apple’s success over the last two decades has been by defining hardware sectors. In other words, there is no slick piece of kit for customers to drool over in the AI market.

To compound problems for Apple, its biggest rivals are also working together. The Partnership on Artificial Intelligence to Benefit People and Society is a not-for-profit group created by Microsoft, IBM, Google, Amazon, and Facebook. The group shares Microsoft’s overall vision of democratizing AI:

“We’re excited about this historic collaboration on AI and its influences on people and society,” said Eric Horvitz, managing director at Microsoft, “We see great value ahead with harnessing AI advances in numerous areas, including health, education, transportation, public welfare, and personal empowerment.”

Apple hardly has a reputation for democratizing or for playing nice with others. With rival companies like Microsoft already so far in front, Cupertino may have to settle for being an interested bystander as AI development continues.