Microsoft’s Bing predicts has supported a whole host of different events over its lifetime. More recently, the service predicted medal winners at the Rio 2016 Olympics.

The service also widened into the tournaments of MOBA game Dota 2, but now Microsoft is supporting a different kind of fantasy. Yesterday, the company announced that they will be providing weekly projections for fantasy football, as well as regular NFL games.

By utilizing machine learning, Microsoft has projected pre-season power rankings. These give an insight into what teams will win their division:

Bing also gives weekly game-by-game predictions. You simply search for NFL predictions and are given a percentage chance of your team winning the game.

For week one, this translates to a 57% chance for the Carolina over Denver, a win for Atlanta over Tampa Bay (58%) and Green Bay over Jacksonville (55%). Obviously, these are just a few, but you can see the full list here. 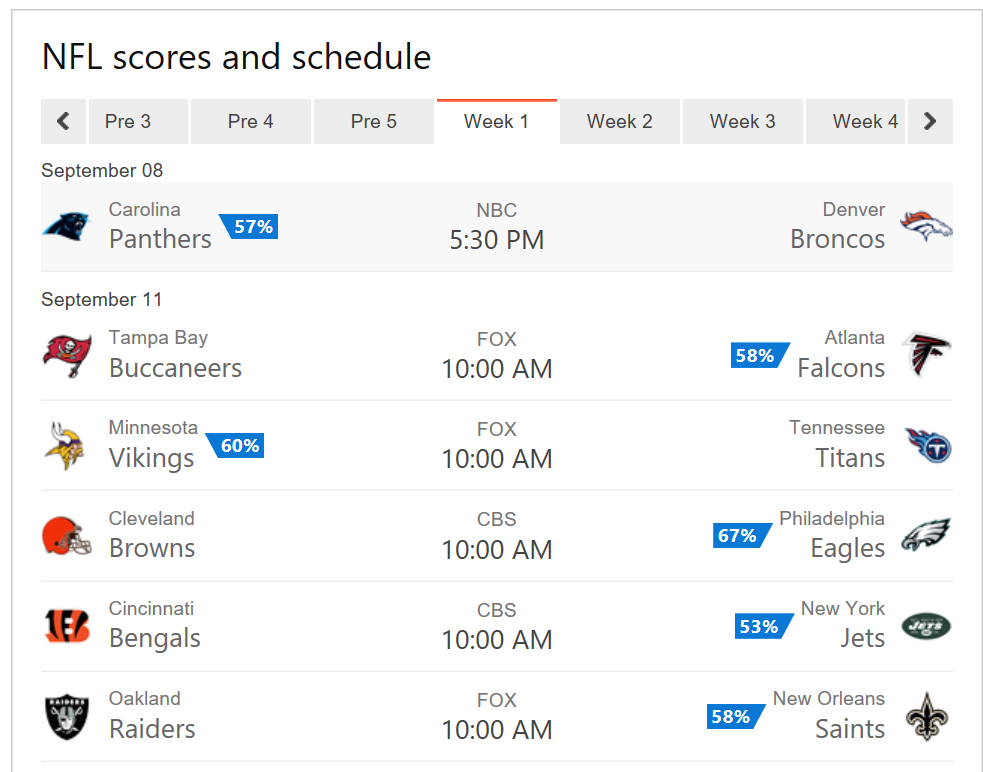 Unfortunately, NFL fans outside of the US could be disappointed. When searching from the UK no suggestions appeared, but using a US VPN worked just fine. Therefore I assume that the service won’t be available in other regions, but it could just be a local issue.

The motive is to give Bing users a competitive advantage by suggesting the best players to start each week and which free agents to pick up.

In addition to both of the prediction services, Bing will help fans find each team’s stat leaders, as well as the location of the game, broadcast network and time. Following the match, highlights will be uploaded for the matched you missed.