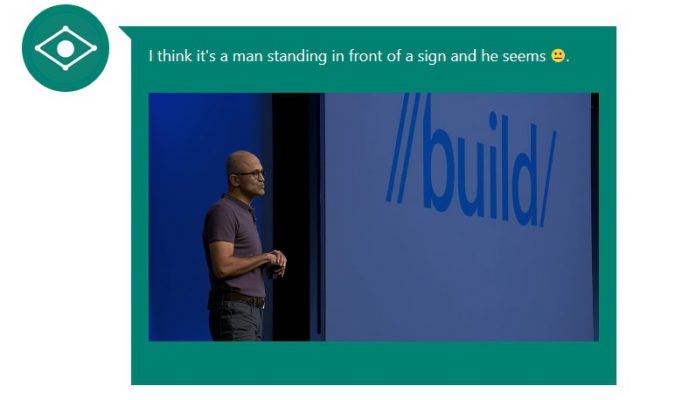 If you missed the memo about Microsoft being a ‘mobile first, cloud first’ operation these days, the company has been happy to tell you many times. It is a concept of CEO Satya Nadella that has rejuvenated Microsoft.

Nadella is big on leveraging the power of the cloud. Microsoft aims to make customers everywhere connected on its own platforms, and others. The CEO dedicated is Build 2016 keynote to expanding on the strategy.

A big part of Microsoft’s plans to connect users everywhere in the cloud is with bots. The company sees a future where apps are not a driving force of our productivity. Instead, applications will run in the background as AI bots function as eyes and ears on the internet and in the cloud.

The company has poured research and resources into bot development. While the thought of apps becoming a secondary need seems fanciful now, Microsoft is betting on it.

In an interview with VentureBeat, Microsoft Research’s Lili Cheng discussed bot strategy. The general manager of FUSE Labs said the company is working on a bot directory that merges information and services.

Microsoft’s chatbot Tay is one of the stories of the year. The learning AI was launched on Twitter and was able to converse with users and provide questions. The potential seemed endless as Tay could learn and respond based on her acquired knowledge.

However, the bot was soon removed by Microsoft after it started saying racially charged comments and controversial remarks. Cheng admits the company is in a learning process, while also adding that Microsoft is still working out how to expand its bot directory. One option is through an open bot community.

“I mean, I even like what Product Hunt and some of these other companies are doing. It would be great to have a bot directory, and it shouldn’t just be bots built using Microsoft. Like, if I want to discover bots, how do I find them?

When Botness did its survey, one of the top issues people have is, ‘Hey I made this bot, how am I going to get it promoted? How are people going to know? Is there some directory or categorization?’ So keep pushing us, because I think that’s an opportunity for us that we could really make something we all [use]… it might even be better as sort of a neutral thing.”