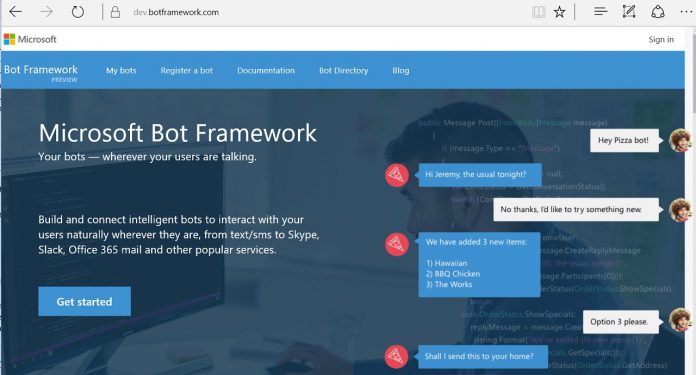 Microsoft’s Bot Framework has gone through numerous updates since being launched earlier in the year. The latest change for the service introduces a developer-oriented feature. Dev’s can now access new APIs that help them create bots that are more intelligent.

The company has drafted in its Computer Vision API from Cognitive Services. It is now available in the Bot Framework. Computer Vision API gives developers tools to create bots that can recognize and describe images. This will give bots a similar functionality to Microsoft’s own Project Murphy.

Other new APIs include Bing’s Speech and Image Search APIs. The Bot Framework now supports these services and will give dev’s more functionality in their creations. Bing Speech API allows bots to see an audio file and recreate it as text. Microsoft says this is the same service that Cortana uses to recognize speech.

Image Search API is also a cool new addition. It allows developer to implement image searching capabilities into bots. It will be possible for bots to search the web for images and show suggestions like metadata and similar images. Check out below for the full details from Microsoft:

“Vision API: Brings advanced image and video understanding skills to your bots using the popular Microsoft Cognitive Services API. It uses tags, descriptions and domain-specific models to identify content and label it with confidence. For example, you can use it to recognize objects, people’s faces, age, gender or even feelings. In addition, it recognizes adult/racy content in images to allow automated restriction of adult content. It also identifies image types and color schemes. Try out the demo.

Speech API: Recognizes audio from a file and transcribes the content to provide a text output. It uses built-in language and acoustic models that cover a wide range of scenarios with high accuracy. Additionally, when bots need to “talk” back to their users, the API can also be used to convert text that is generated by the bot into audio that can be played back to the user. The API uses the same speech-to-text and text-to-speech services used in Cortana. Try out the demo.

Image Search API: Searches the web for images and provides comprehensive results using Bing’s knowledge and intelligence services. Results include thumbnails, full image URLs, publishing website info, image metadata, and more. It is ideal for any bot that needs to embed search results directly into messages, or leverage them as input for other interesting applications. Try out the demo.”

The Bot Framework was introduced by Microsoft at Build 2016 back in March. The service gives developers tools to easily create bots and distribute them through a marketplace. Bots are not just for Microsoft services like Skype. They can also be created for third parties like Slack, Facebook, and Messenger.

Just yesterday, we announced that the bot community has become more united. Slack’s Botkit and Microsoft’s Bot Framework now support each other. This means that Microsoft Bot developers will be able to make bots for Slack. In reverse, Botkit users can now develop their bots for other platforms. 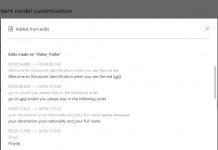 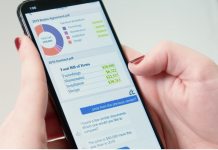