Developers are now able to create bots and submit them to the Bot Directory ahead of its launch, brining AI automation to services like Skype and now Facebook Messenger.

Microsoft had plenty to say at BUILD this year, but one of the most interesting details was the company embracing bots with a new platform.

The platform, known as Bot Framework, give developers tools to build and distribute bots and Microsoft has announced that Bot Framework is closer to launch.

In an official blog post the company said it is now taking developer submissions for Bot Directory, which is a collection point for users to see all publically available bots.

All of these bots are created with Bot Framework and can bring bot automations to such services as Skype, which Microsoft highlighted at BUILD in March. 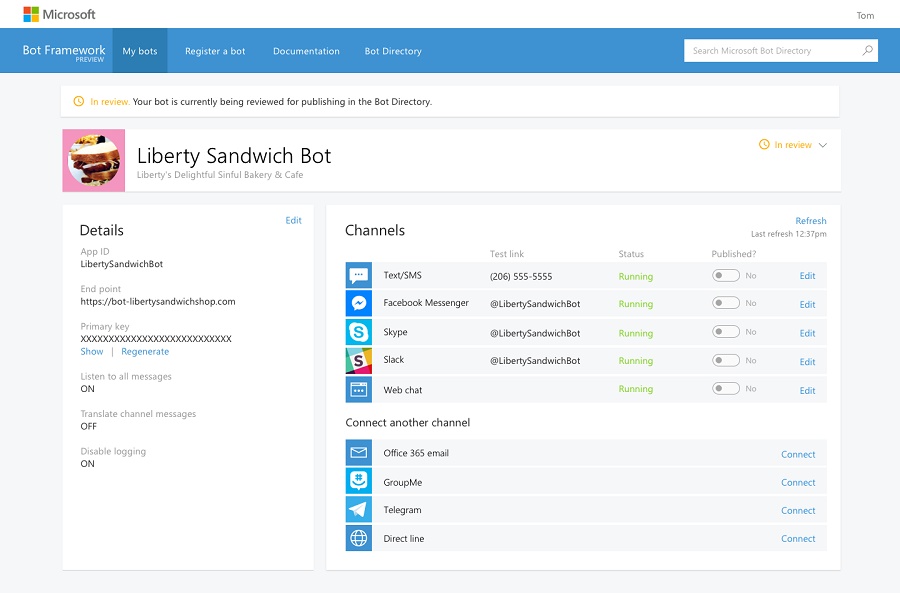 Users will be able to select bots to use in services like Skype or Slack, choosing which to use and which to disable. The fact that Microsoft is now taking submissions to the Bot Directory means it is building up the available bots in time to launch the service, although the company has not said just how long that will take.

It is probably dependent on developer support to fill the directory with enough content for a hot launch. Dev support shouldn’t be too much of a problem it seems as Microsoft says 20,000 developers have already shown interest in creating bots using the Bot Framework platform.

“The Bot Directory, the public directory of bots registered with Bot Framework, is now open to developers for bot submission and review. The Bot Directory itself isn’t live yet, but when it is available, users will be able to discover, try, and add bots to their favorite conversation experiences.”

Microsoft also revealed that Facebook Messenger is now available as a channel that is compatible with bots, allowing developers to create bots for the service.

Leak: Facebook Engineers Say Company Has No Idea Where User Data Goes or How It Is Used