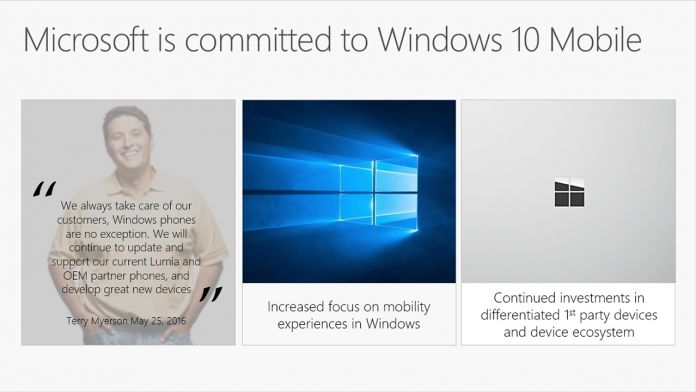 Some interesting news has come out of Ignite so far, but Microsoft has had to express its commitment to Windows 10 Mobile once more. In the slide was also a small hint at a Surface Phone, with the mention of “continued investments in differentiated 1st party devices.”

The presentation promised an increased focus on mobility experiences and highlighted some of the benefits of the OS, as well as changes in Redstone 2.

Naturally, project manager Alan Meesus started with a highlight of some Windows 10 Mobile devices. Among them was the HP Elite x3, as well as phones from Acer, Vaio, Lenovo and Microsoft’s own Lumia line. 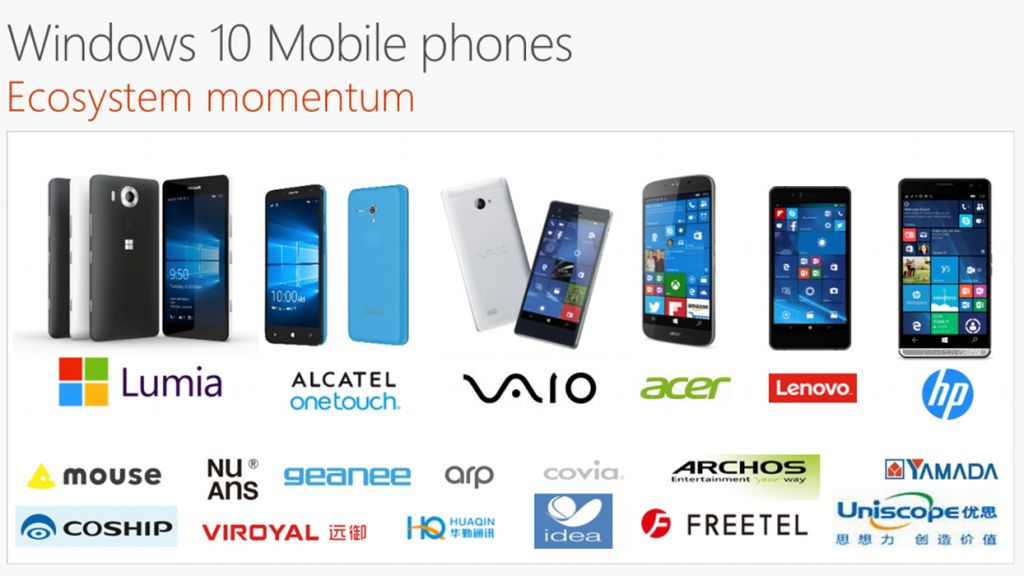 Microsoft labeled this “ecosystem momentum,” and there have definitely been some significant wins for the OS this year, despite falling sales share. However, More indicative of the future of Windows 10 mobile may be the highlight of their handheld devices.

Windows 10 Mobile is increasingly more productivity focused and Microsoft continued this in this vein when mentioning the benefits of the platform. Of course, pre-installation of Office 365 and edge was in there, as well as Continuum, Cortana, and UWP. Also mentioned were Windows Hello, Device Guard, WIP and other security information for organizations.

The company went on to list a number of new features that are coming in Redstone 2. You can read the full list of those here, but suffice it to say they are mostly organization-focused.

Ignite is always geared towards businesses first, so the focus isn’t particularly surprising. However, it does highlight that the OS seems more natural in a business environment than consumer.

Too Little too Late?

Despite the upgrades and reassurances, a lot of users will feel Microsoft’s actions speak differently to its words. We’ve seen a lot of apps and features that have come exclusively to iOS and Android. Furthermore, Lumia sales are steadily decreasing and Microsoft doesn’t seem to be producing any more.

Though Microsoft may genuinely be planning to turn this around, their rocky past makes the statement feel slightly false. A Surface Phone would definitely help, as will Redstone 2, but it may not be enough to reinvigorate the OS.

We won’t truly know if Microsoft’s commitment is genuine until the situation develops. However, you can read through the slides and decide for yourself on the Microsoft Tech Community.