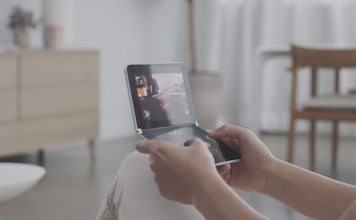 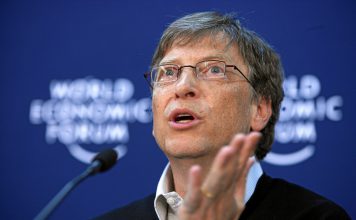 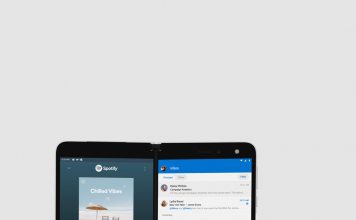 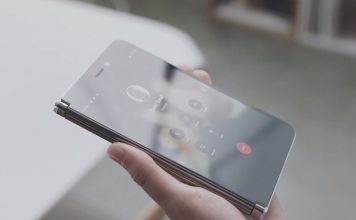 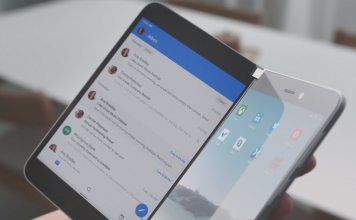 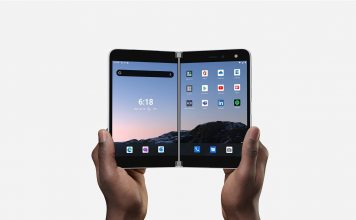 At its Surface hardware event on October 2, 2019, Microsoft announced the Surface Duo, a new foldable Android smartphone. With the introduction of the device, Microsoft made its re-entry into the mobile hardware market. Furthermore, the company fulfilled a long-held promise to deliver a game-changing mobile experience that many previously called the Surface Phone.

For years, the Microsoft Surface Phone become something of a mythic device. It was the unofficial name given to a flagship-level smartphone that was reportedly in development. Problematically, the apparent development of the Surface Phone stretched back years, hinting that the device never existed.

That has changed with the Surface Duo, a foldable handset that confirms Microsoft is back in the smartphone business. On this page, we will cover everything regarding the Surface Phone and its evolution into the Surface Duo.

From the history of Microsoft’s mobile business to the specs and design of the Surface Phone/Surface Duo, here is everything you need to know.

When Microsoft purchased Nokia’s Lumia brand in 2013, the company believed it was gaining a ready-made hardware division that would allow Windows Phone to compete with Android and iOS. Certainly, Nokia had been almost single handedly propping up Windows Phone in the years leading to the acquisition.

As Windows Phone transitioned into Windows 10 Mobile, consumers increasingly fled the platform. Lumia devices under Microsoft’s wing continued to be as rock solid and interesting as they had been under Nokia. Simply put, consumers did not want a third OS in the mobile market and voted with their wallets.

Microsoft ditched Windows Phone in 2017 and discontinued the Lumia brand, effectively pulling out of mobile hardware.

Despite that, the idea of a flagship device running under the company’s Surface hardware brand never went away. Over the last two years, it became increasingly obvious that Microsoft was working on a new foldable smartphone behind the scenes. As the old saying goes, there’s no smoke without fire and there has been plenty of smoke coming from Redmond, and here comes the new Surface Duo.

“We will invent, and we will create when products are right. We can’t bring new categories into the world and not be a place where customers need it,” he stated. “I think there’s a lot of new form factors that are coming in the future.”

Numerous patents showed Microsoft was working on hinge technology for dual-screen foldable hardware. Furthermore, internal development on a special branch of Windows 10 was confirmed by the company. While this technology morphed into Windows 10X, which powers the new Surface Neo, the folding screen technology was retained for the Surface Duo.

Does the World Need a Surface Phone?

Since shuttering Windows Phone, Microsoft has insisted it still had long-term plans in mobile hardware. That message was spread by leaders of the company, including CEO Satya Nadella, who said Microsoft would focus on the next generation of mobile computing and revolutionize the sector.

In an interview with the Australian Financial Review, the CEO later stated that they would “continue to be in the phone market not as defined by today’s market leaders, but by what it is that [they could] uniquely do in what is the most ultimate mobile device.”

According to Nadella Microsoft “stopped doing things that were me-too and started doing things, even if they are today very sub-scale, to be very focused on a specific set of customers who need a specific set of capabilities that are differentiated”. Those statements in combination with rumors and some possibly related smartphone patents provided evidence of Microsoft’s creation of a Surface Phone

At its Surface event in New York City on October 2, 2019, Microsoft finally ended the years-long speculation and unveiled a foldable Surface Phone. Except that it was not called the Surface Phone at all, instead getting the name Microsoft Surface Duo.

Ok, while the name changes this is for all intents and purposes the Surface flagship phone we have been talking about for years. That said, Surface Duo has changed enough from the original ideas that underpinned the early rumors surrounding Surface Phone.

For a start, the unveiled Microsoft Surface Duo does not have Windows 10 running the show. Instead, the company confirmed that its new flagship smartphone will run Google’s Android platform. While that may raise some eyebrows, it also makes perfect sense. Android is the undisputed leading mobile platform and Microsoft is simply not going to carve out significant market share with a new iteration of Windows Phone.

While on the surface it seems Microsoft is abandoning the idea of Windows being able to impact the mobile industry, that’s not the case. Instead, the company believes Windows and Android can work in tandem to deliver a game-changing user experience.

Android will provide the platform underpinning of the Duo, complete with access to the millions of apps on the Google Play Store. One of the reasons offered for the demise of Windows Phone was Microsoft’s inability to create a large app ecosystem. The so-called app gap may have helped to kill the company’s plans for its own mobile platform, by embracing Android Microsoft can avoid those headaches.

While Android appeases the needs of users who want a complete smartphone experience, what about PC users? Microsoft says these users matter and that the Duo is as much a productivity powerhouse as it is a foldable smartphone. Indeed, when Panay unveiled the Surface Duo that the device should not be called a phone.

Sure, Android allows for some base level productivity, but Microsoft needs to introduce Windows into the equation to successfully create a device that functions across user demands. Over the last year, the company has been working on its ‘Your Phone’ application, which is a bridge connection that allows users to run their Android device on a Windows PC.

Your Phone development has been slow, but the app already supports notifications and will eventually offer a full Android experience on Windows PC. It will be interesting to see how Microsoft brings deeper integration to the handset and not rely on being linked to a PC.

For years, concepts of features for the Microsoft Surface Phone surrounded the device’s apparent symmetry with a new Windows experience. Now that we know the Surface Duo will be running Android and not Windows, its exact feature set is still clouded in mystery.

Certainly, during the announcement Microsoft was clear that it unveiled the handset a year early to get developers on board. Redmond wants dev’s to embrace the new form factor and help build functionality.

However, we do know the dual screens of the Surface Duo will allow for a unique user experience. Multi-tasking is certainly a big part of the equation, with users likely able to run two apps side-by-side on the dual screens.

Speaking of the display technology, the Duo is not a true folding smartphone in the vein of the Samsung Galaxy Fold. Samsung’s device has no separator and literally folds in the middle of the display. Microsoft’s Duo is a true dual-screen device, with both displays able to work separately of in tandem, and rotate 360-degrees.

It will be interesting to see how Microsoft leverages this form factor, but the company is so far keeping quite on specifics.

Incidentally, the Windows 10 experience that was long thought to be coming to the Surface Phone was also real. Microsoft launched the Surface Neo alongside the Duo, a larger dual-screen tablet/laptop that runs the new Windows 10X platform. Windows Core OS (WCOS), now called Windows 10X, is the platform that underpins the folding Surface Neo. It is a modular Windows experience that allows users to perform separate tasks on both screens.

Every year since 2016 has been the year Microsoft was going to launch its Surface Phone. Considering that cycle of expectation and disappointment, it seems surreal that the Surface Phone/Surface Duo is now confirmed.

Microsoft says the device will not be available until the holiday season of 2020. As such, the company has offered no specific launch date or pricing details. Looking at the latter, it will be interesting to see how Microsoft prices the Duo.

We guess the handset will be a bona fide flagship, with the specifications to match. Current flagships like the iPhone 11 and Samsung Galaxy Note 10 cost in the region of $1,000. However, the bleeding edge innovations like the Samsung Galaxy Fold are closer to $2,000, so we are intrigued by which price point Microsoft will aim for.

Luke Jones - July 7, 2020 3:36 pm CEST
Microsoft is working on a feature for its Your Phone app that will let users browse and manage images from their smartphone to PC.

Luke Jones - April 3, 2020 4:38 pm CEST
Microsoft has detailed a Surface Phone follow-up for the Surface Duo that adds another screen to the dual-screen form factor.

Luke Jones - January 23, 2020 4:01 pm CET
Microsoft is engaging developers with SDKs for the Surface Duo (Android) and Surface Neo (Windows 10X) on the Inside.