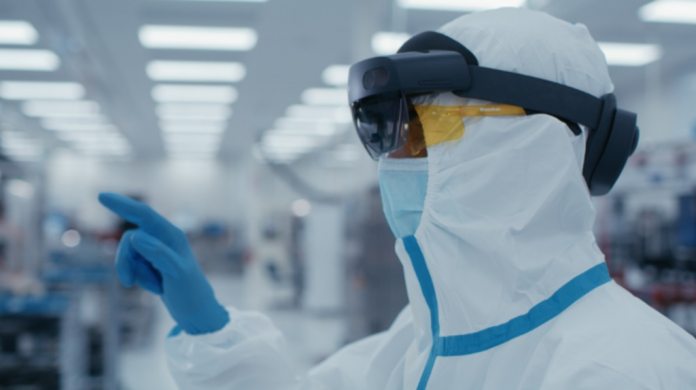 Back in February, Microsoft announced HoloLens 2 Industrial Edition. As the name suggests, this is a version of the AR headset that is designed specifically for regulated work environments. At the time, Microsoft said the new HoloLens 2 would launch in the spring, with pre-orders open since the announcement.

That “spring” launch window was vague, but Microsoft has indeed kept its promise. In a blog post, the company says the HoloLens 2 Industrial Edition is now available for full order by customers.

Because the Industrial Edition meets industry standards, it can work in a range of work conditions. Importantly for industry, HoloLens 2 Industrial Edition is clean room capable and has ISO 14644-1 Class 5-8 rating. Furthermore, it is certified for Intrinsic safety (UL Class I, Division 2).

According to the company, HoloLens 2 can bring the following benefits to industry customers:

Earlier this month, Microsoft revealed HoloLens 2 Industrial Edition has also been certified for use in restricted areas. This means the device can be used in more demanding environment, such as within the pharmaceutical industry.

Microsoft includes a two-year warranty with the new HoloLens 2 variant. Furthermore, the company adds a Rapid Replacement Program to the warranty. That means customers can quickly replace faulty headsets with expediated shipping.

Microsoft recently extended a controversial collaboration for the U.S. military to use HoloLens 2 Industrial Edition, totaling $21 billion over 10 years. HoloLens will be used to train soldiers and eventually lead to deaths. That training comes from HoloLens’ Visual Augmentation System (IVAS).